Words and Warnings of the Year 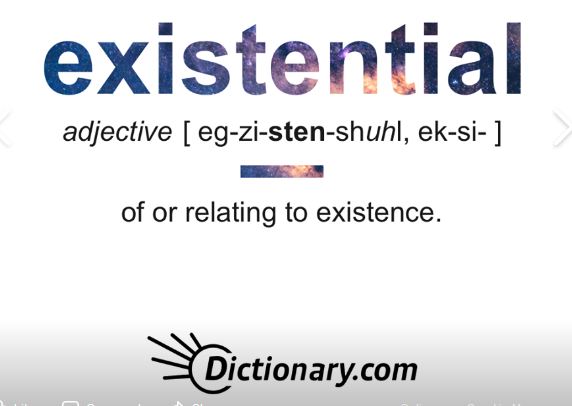 As Hurricane Sandy was bearing down on the eastern U.S. coast in 2012, the author Jonathan Safran Foer was in Detroit. He was worried about his wife and kids back home in New York, but all the flights were cancelled. So Safran Foer found the last available rental car and decided to drive straight home.

When he hit the front edge of the storm, the wind and rain made driving conditions terrible. The last stretch took him four times as long as usual. By the time he arrived home, his kids were sleeping. He called his parents, and his mother told him, “You’re a great father.”

Was he? That’s what he wondered in retrospect. After all, the house was well stocked with bottled water, non-perishable food and batteries. His family was safe. His presence served no real purpose.

“I had driven 16 hours to simply be there,” writes Safran Foer in his new book, We Are the Weather. “In the days, months and years after, I did virtually nothing to lessen the chances of another superstorm pummeling my city. I barely even entertained the question of what I could do. I felt good to make that drive. Being there, doing nothing, felt good. But what kind of father prioritizes feeling good over doing good?”

I just finished reading We Are the Weather. Safran Foer is a terrific novelist, but turned to non-fiction for this one. In the book, he makes the case for the single thing any individual can do to have the biggest positive effect on climate change. We can all do it right now if we wanted, with no outside intervention needed.

He takes until page 64 in his book to name the action, so I’ll wait a few more paragraphs here. Suffice to say that no one person can stop a storm surge. But individuals can do something, starting today if we wanted, that would drastically reduce greenhouse gas emissions.

The book was still on my mind when I came across the 2019 words of the year. I’m a sucker for year-end lists, and not just for things like best books, movies, TV or music. As a word nerd, I like the honours bestowed by different dictionaries. This year, there’s a clear theme.

Oxford, for instance, goes for “a word or expression shown through usage evidence to reflect the ethos, mood, or preoccupations of the passing year, and have lasting potential as a term of cultural significance.” This year’s pick: “climate emergency”.

Collins picked a term that will get its own entry in the next edition of their dictionary: “climate strike”. That was in recognition of various protests by workers or students demanding action on climate change.

A third dictionary, Cambridge, choose “upcycling” as its word of the year. This practice refers to making new objects out of old, or creative reuse.

“It captures a sense of grappling with the survival – literally and figuratively – of our planet, our loved ones, our ways of life,” the editors wrote. “Heavy stuff. But existential also inspires us to ask big questions about who we are and what our purpose is in the face of our various challenges. And it reminds us that we can make choices about our lives in how we answer those questions.”

The choice that Safran Foer and many others advocate is this: adopt more of a plant-based diet.

That’s it. It doesn’t mean you have to become a vegetarian or vegan. Just cut back, way back, on animal products. Safran Foer suggests that one way to do so is by eliminating those products until dinner time. That lops off two meals. Another approach is to make half your meals veggie.

The impacts of animal agriculture (specifically, factory farming) on the land, water and environment are massive. We Are the Weather enumerates the toll and there’s plenty of literature, including a report from a UN panel, that lay out the arguments.

That’s not the only solution. Climate change can often make people feel hopeless. Yet reading up on the various words of the year was a reminder that we have power. So was Time magazine’s choice for its 2019 Person of the Year: 16-year-old climate activist Greta Thunberg.

We can be a force if we act together, Safran Foer says. As he writes in We Are the Weather, about our collective fate, “We will be a wave, or we will drown.”