Why You Keep Returning to the Soundtrack of Your Teens 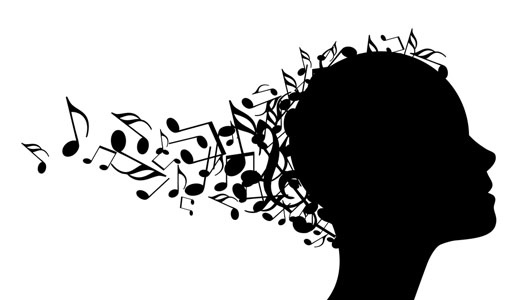 Think of the songs, albums, singers and bands that resonate most for you. The ones that evoke the deepest emotions and memories when you hear them. Have a few in mind? Chances are, a big chunk were introduced to you when you were 13 or 14.

Music creates associations. None more so than the music we first heard when we were teens. Earlier this year, economist Seth Stephens-Davidowitz wrote a piece for the New York Times about the link between the music we listen to and the year we’re born.

Stephens-Davidowitz is the author of the book Everybody Lies: Big Data, New Data, and What the Internet Can Tell Us About Who We Really Are. He asked Spotify, the streaming service, for data on how often certain songs are listened to by adults of various age groups. Then he crunched the numbers for every song that topped the charts from 1960-2000.

This covered a huge swath of songs, which came out anywhere from 18-58 years ago. Their listeners spanned the decades. Yet the results were universal. Stephens-Davidowitz reported that any song is most popular among people who were teens when the song was released. Popularity plunges among cohorts that were, say, age 25 instead of 15 when a given song came out.

“For both men and women, their early 20s were half as influential in determining adult musical tastes as their early teens,” writes Stephens-Davidowitz.

For men, the magic number for forming musical favourites is age 14 (with ages 13-16 the most important period). For women, it’s age 13 (with the crucial period being ages 11-14). As Stephens-Davidowitz notes, that small difference mirrors the difference in puberty for boys and girls. That’s significant, as musical tastes and our adolescence are in a way biologically connected.

An article in Slate by Mark Joseph Stern discussed how psychologists and neuroscientists have looked at this phenomenon. There’s evidence, Stern writes, “that our brains bind us to the music we heard as teenagers more tightly than anything we’ll hear as adults, a connection that doesn’t weaken as we age…musical nostalgia is a neuronic command.”

The article quotes Daniel Levitin, author of This is Your Brain on Music, who says we discover music on our own, for the first time, when we’re teens. Often through and with our friends. “That melds the music to our sense of identity,” he says.

We know that listening to music lights up our brain. Stern observes that this effect is heightened in young people.

“Between 12 and 22, our brains undergo rapid neurological development. The music we love during that decade seems to get wired into our lobes for good,” he writes in Slate. “When we make neural connections to a song, we also create a strong memory trace that becomes laden with heightened emotion, thanks partly to a surfeit of pubertal growth hormones. These hormones tell our brains that everything is incredibly important – especially the songs that form the soundtrack to our teenage dreams and embarrassments.”

Reminder of who we are

Dr. Catherine Loveday, a lecturer in cognitive neuroscience at the University of Westminster in the UK, expanded on that idea for the BBC. She says that compared to any other era of our lives, we can more quickly recall music (and also movies and books) from our teen years.

“The brain’s memory systems are at their most efficient during late adolescence and early adulthood,” says Loveday. “We also experience many things then for the first time, which makes them particularly memorable. But the key reason that we return to songs from this period of our lives is that they remind us who we are. It is during these formative years that we make many crucial life-changing decisions…and establish the cultural beliefs which form our identity.

Loveday says songs connected to weddings, births and deaths are also powerful – but not in the same way as music we connect with our youth.

“One possible reason for the strength of the musical reminiscence bump is people tend to listen to more music during this period,” says Loveday. “Music has an intrinsic capacity to regulate emotions. Music plays a fundamental bonding role in many adolescent relationships. These songs become embedded in our important memories, positive and negative.”

What creates your musical reminiscence bump?