Why Swearing is Good for You 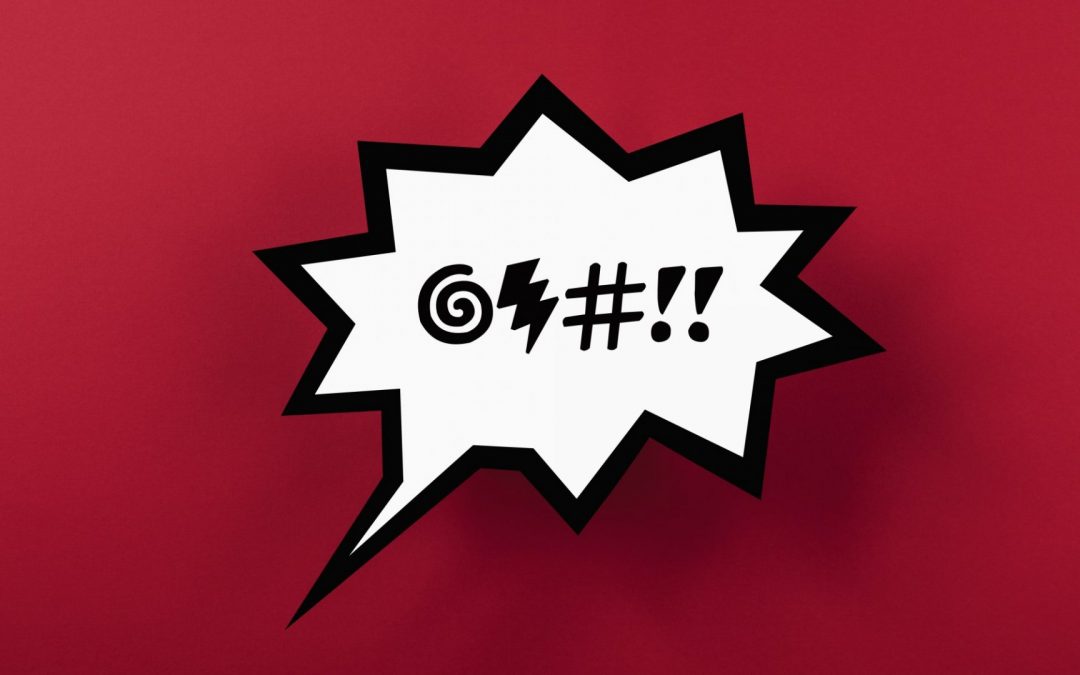 Back in August, the Lincolnshire Wildlife Park in Friskney, England received five African grey parrots. They joined another 200. Within weeks, the new quintet had to be separated. Why? They started to swear routinely, which encouraged the other parrots to mimic them.

The five offenders have now been dispatched to different areas of the park, to avoid instigating the rest of the colony. Get the flock out of there!

Apparently, profane parrots are not unusual. “We are quite used to parrots swearing, but we’ve never had five at the same time,” said Steve Nichols, CEO of the park, told PA. “For some reason, these five relish it.”

No visitors had complained about the foul language (or fowl language) yet. To the contrary. “When a parrot tells you to f— off, it amuses people very highly,” Nichols said. “It’s brought a big smile to a really hard year.”

WTF 2020? You have given everyone more than enough reasons to swear. Which isn’t such a bad thing. The expletives, that is. The year, yeah it’s bad.

Some say that people who use vulgarities don’t know how else to communicate. I say that’s a bunch of sanctimonious b.s. In fact, swearing doesn’t means that you’re uncouth or at a loss for words. It can be a sign of a rich vocabulary, and healthy too. Here are six bits of research.

Melissa Mohr, author of the book Holy S- – -: A Brief History of Swearing, says specific profanities change over time, but not their purpose. “We need some category of swear words,” she says. “[These] words really fulfill a function that people have found necessary for thousands of years.”

Why do people swear? To insult, for sure. But more often, says Mohr, for catharsis, to relieve frustration, to express happy emotions, and to bond with others. Very useful.

Writing about the study, Dr. Richard Stephens, a Senior Lecturer in Psychology at Keele University in England, said “This correlation suggests that swearing isn’t a sign of language poverty, lack of general vocabulary or low intelligence. Instead, swearing appears to be a feature of language that an articulate speaker can use in order to communicate with maximum effectiveness.”

3. People who swear are straight shooters

A study in Social Psychological and Personality Science measured profanity behaviour and lying on a scale in the lab, and conducted a linguistic analysis of real-life social interactions on Facebook. “We found a consistent positive relationship between profanity and honesty,” the researchers reported. “Profanity was associated with less lying and deception at the individual level and with higher integrity at the society level.”

4. Swearing can boost trust and teamwork

Emma Byrne, author of the book Swearing is Good for You: The Amazing Science of Bad Language, says that swearing when among others is a strong signal of the degree of trust that you share, whether with friends or colleagues. Here’s what she told National Geographic:

“When you look at case studies of effective teams, those that can joke with each other in ways that transgress polite speech, which includes a lot of swearing, tend to report that they trust each other more. One of the reasons is that swearing has such an emotional impact.

“You’re demonstrating that you have a sophisticated theory of mind about the person that you’re talking to, and that you have worked out where the limit is between being shocking enough to make them giggle or notice you’ve used it but not so shocking that they’ll be mortally offended. That’s a hard target to hit. Using swear words appropriate for that person shows how well you know them and understand their mental model.”

5. Letting out an f-bomb can be an analgesic

For a 2009 study, described in Neuroreport, subjects dunked their hands into a bucket of ice water. While they did so, some were asked to repeat a swear word, others a neutral word. The people who swore found they could keep their hands immersed longer, and perceived less pain.

6. During physical activity, swearing is a sort of superpower

Another study had people swear while doing two activities: peddling a bike against resistance, and squeezing a hand vice. When they cursed, they had more power and strength on the bike, and could squeeze the vice harder and longer. One possibility: the flush of adrenaline hikes your heart rate and oxygen intake.

If obscenities are good for pain and strength, what a handy natural way to help us push ourselves and cope. Much needed anytime, and certainly this year. Maybe we have a new rallying cry for the 2020 campaign: make profanity great again.

So go ahead and curse like a pirate. Or a parrot. It’s good for you. I swear.