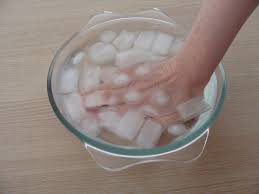 What controls the decisions we make and our sense of identity? To a large extent, it’s the stories we tell ourselves. We’re the audience for our own tales.

I was reminded of that when reading a book called Homo Deus: A Brief History of Tomorrow, by Yuval Noah Harari. It looks at the forces that will shape the progress of our species in the 21st century.

(I wrote about Harari’s previous book, Sapiens: A Brief History of Humankind, in a blog about the role of gossip in human evolution.)

In Homo Deus, Harari writes about a “tug of war between different and often conflicting inner entities”. He’s referring to what he calls the narrating self (our storytelling) and experiencing self (our moment-to-moment consciousness). They’re intertwined, but Harari says most of our life choices are taken by the narrating self.

To explain, Harari describes an experiment by Daniel Kahneman, who won the Nobel Prize in Economics. In it:

Seven minutes later, both groups got a choice. They could repeat one of the tasks, either the 60-second dunk or the 90-second one. Can you guess which one?

Logically, it should be the 60-second immersion. People were exposed to 60 seconds in 14 °C water in either case, yet in one had to tough out another 30 seconds in water that was almost as cold. To the experiencing self, that’s clearly worse.

Yet because the narrating self took over, 80% of participants choose to repeat the long version of the experiment.

Why? Harari says the narrating self “is busy spinning yarns about the past and making plans for the future. It usually weaves the story from peak moments and end results.”

Living by the peak-end rule

Harari explains that the narrating self evaluates our experiences. In doing so, it adopts the peak-end rule. We remember the peak and end moments and assess everything according to the average.

“The narrating self uses our experiences as important (but not exclusive) raw materials for its stories. These stories, in turn, shape what the experiencing self actually feels,” writes Harari.

He gives an example. Let’s say you have to go without food for a day. In one case, you’re fasting for a medical exam. In another, you can’t eat because you have no money. In a third, you’re fasting for a spiritual or physical cleansing. In all three cases, you’re hungry. But you experience it differently. Harari says the different meanings ascribed to our hunger by the narrating self actually create different experiences.

“Most people identify with their narrating self,” Harari concludes. “When they say ‘I’, they mean the story in their head, not the stream of experiences they undergo.”

He offers this thought experiment. You have a choice of two vacations. One is a generic week off, maybe some sightseeing and shopping. Nothing exceptional but certainly enjoyable. The other choice is your dream vacation. But there’s a catch. On the flight home you have to take a pill that wipes out the memories of the week forever.

Harari says most people would choose the first option. Why? “Because most people give their credit card to the narrating self, which only cares about the stories and has zero interest in even the most mind-blowing experiences if it cannot remember them.”

It’s no surprise, then, that surveys show people are more fearful of dementia than they are of cancer or heart attacks. Those latter two conditions might shorten or end our lives. But the first can rob us of our memories and our stories. Our very narrating self.