Why Some Animals Get a Bad Name 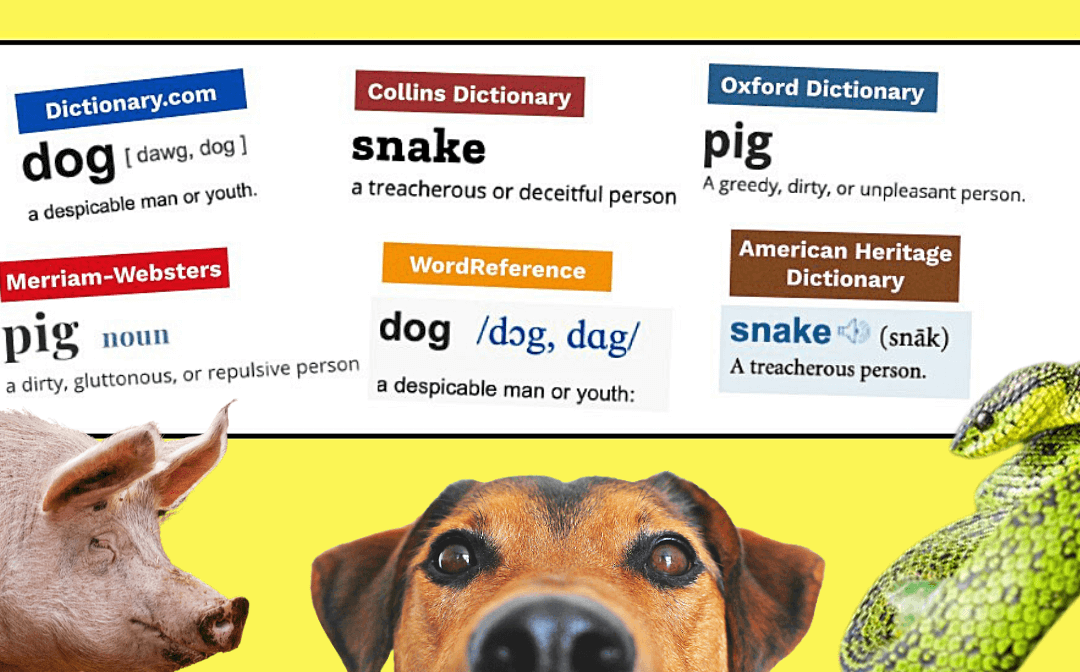 Efforts are on the rise to change geographic and institutional names that are offensive. For example:

Such changes are welcome. Our understanding of the past constantly changes. That’s not erasing history. It’s called progress.

In an inclusive society, we should carefully consider (or reconsider) the words we use to label places and things. Animals too.

Some animals get a bad name. This has nothing to do with their supposed reputation – we’ll get to that. No, I’m talking about their actual handles.

Species designations can cause offence

This month, the Entomological Society of America, which makes the Common Names of Insects and Related Organisms List, renamed the species Lymantria dispar as “spongy moth”, replacing the name “gypsy moth”. The previous name is considered an ethnic slur for the Romani people.

It’s not the only problematic animal name.

Four species of carp – silver carp, bighead carp, grass carp and black carp – were brought to North America 50 years ago, and have been collectively known as Asian carp. These fish are native to East Asia, and cause harm when introduced to new environments. The carp species have been migrating north through U.S. waterways towards the Great Lakes, doing harm to native fish species and our ecosystems.

Last April, the U.S. Fish and Wildlife Service changed the designation of the species to invasive carp. “We wanted to move away from any terms that cast Asian culture and people in a negative light,” said Charlie Wooley, director of the agency’s Great Lakes regional office.

Other names reveal a troubled history. The Scott’s oriole is named for Winfield Scott, a U.S. military commander who was part of the displacement and killing of thousands of Indigenous Americans. There are calls to change the name.

That already happened with the McCown’s longspur, named after slave-owning Confederate general John McCown. In 2020, the American Ornithological Society stopped using that name, instead going for thick-billed longspur.

Then there’s Townsend’s warbler. It was named by American naturalist John Kirk Townsend, who, as environmental journalist John Platt noted, “described dozens of species in the early 19th century — right around the same time he was stealing human remains from Native American grave sites and shipping the skulls back East to help support a friend’s racist theory that Indigenous peoples were actually separate species.”

The slurs of perceived qualities

The debate about offensive animal names took a different turn last year, when People for the Ethical Treatment of Animals (PETA) called for an end to using animal names as slurs. Their examples: using chicken for cowardice, pig for dirty, sloth for lazy, and snake for treacherous.

Such insults are “speciesist”, said PETA.

There are plenty of other animal names that people toss around to disparage. Like sheep (conformist), ostrich (not facing reality), goose (silly), batty (crazy), catty (spiteful/hurtful), jackass (incompetent), whale (fat), and leech (exploitive).

I’d say branding could help, but in the non-marketing sense that’s a painful topic for some animals.

Many news accounts and social media posts mocked PETA’s announcement. I get it. Are these terms really comparable to racial and other slurs? And just who is the victim here?

But consider the logic.

One of the ways that people have always made it easier to perpetuate violence on other people is by dehumanizing them – calling them beasts, rats, cockroaches, vermin, etc.

So, are we degrading animals when we use them to describe negative human characteristics? Might that make it just a little easier to mistreat, devalue or kill certain animals?

Of course, we use animal idioms all the time, and most are benign. Happy as a clam. Busy as a bee. Lone wolf. Horse sense. Eager beaver. Squirrel away. Top dog. Get your ducks in a row. Lion’s share. Fly on the wall. Cash cow.

Words matter. The animals don’t know we’re using some of their names as slurs. And they don’t know who they’re named after. But we do.

We should always think hard about which names we honour, and which we reserve for insults. Because it can open a can of worms.