Why Does the World’s Richest Author Reject Rejection? 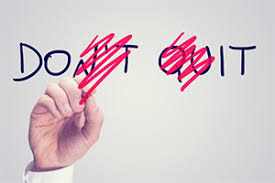 In October 2017, Amazon CEO Jeff Bezos became the richest person in the world. That was thanks to an uptick in his company’s stock. Depending on the stock price of Amazon and Microsoft, Bezos and Bill Gates are close in net worth, each at around $90 billion.

It got me wondering. Who’s the richest author in the world? It’s J.K. Rowling, worth an estimated $650 million according to a recent calculation by Forbes. Her seven-book Harry Potter series has sold north of 450 million copies, and the movie adaptations have generated $7.7 billion in revenue.

The Harry Potter brand is said to be worth $25 billion, given the books, films, theme park and merchandise.

Rowling is also a story about perseverance. A new exhibit at the British Library in London marks the 20th anniversary of the first Potter book. It includes Rowling’s handwritten draft of an early chapter, and a synopsis of the series – which 12 publishers turned down.

Even when one offered her a deal, they asked her to use a pen name of sorts (initials) rather than her given name of Joanne. The publisher thought that disguising her gender would make the book more appealing to boys.

Rowling’s experience with rejection didn’t end there. After all the Potter triumphs, she wrote a novel under the pen name of Robert Galbraith. More publishers rebuffed her (not knowing her real identity), with one suggesting that “Galbraith” look for a writing course or a writers’ group to get constructive criticism of the book.

You have to see it through

For writers, or anyone embarking on any venture for that matter, success can be elusive. Heck, even The Beatles were turned down by a record company in 1962. “Guitar groups are on the way out,” Decca told them after an audition.

Rejection and bad reviews are common. Rowling has these words of advice.

One, see it through: “Even if it isn’t the piece of work that finds an audience, it will teach you things you could have learned no other way,” she has said. “Just because it didn’t find an audience, that doesn’t mean it’s bad work.”

Two, don’t abandon your work mid-stream: “Maybe your third, fourth, fiftieth song/novel/painting will be the one that ‘makes it’, that wins the plaudits, but you’d never have got there without finishing the others.”

Bezos and Rowling have a connection (other than the fact that Amazon has sold boatloads of Potter books). Ten years ago, Rowling produced an exclusive handwritten and illustrated book called The Tales of Beedle the Bard. Only seven copies were bound, and Rowling gave six as gifts to people linked to the Potter series. The seventh was auctioned to benefit her children’s charity, and Amazon won with a $4 million bid.

“J.K. Rowling,” said Bezos at the time, “has done the world a rare and immeasurably valuable service – enlarging forever our concept of the way books can touch people, and in particular children, in modern times.”

And you can’t put a price on that.