Why Do We Believe Urban Legends? 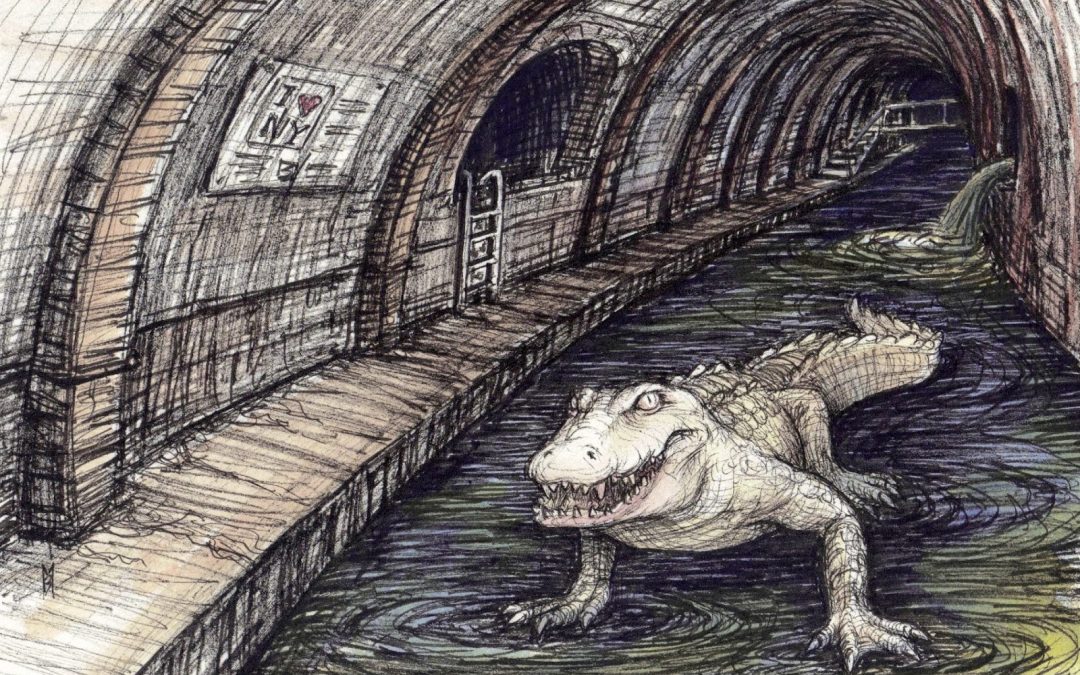 An author named Ilie Ruby wrote a novel that was part ghost story. She once described her own experiences at the family cabin, rumoured to be built on an old burial ground and haunted by spirits. Ruby recalls listening to radio broadcasts of ghost stories and hearing those stories at camp, one especially about a monster who lived in the woods.

She writes that “Ghost stories fill us with fear and dread. But then they’re over, and we return to our comfortable lives. They offer us a sense of control over terror, something unattainable in real life.”

Finding alligators in the sewers

Urban legends are a different sort of beast – cautionary tales of dangers that seemingly lurk around every corner. Like alligators roaming the sewers.

To separate the real from the fanciful (and the intentionally deceitful), Snopes.com is a great resource. For 23 years, this independent fact-checking site has researched all sorts of claims to either debunk or uphold them.

At Snopes, you get the straight goods on the types of rumours that go viral. Flash: turning on the car air conditioning right after the engine starts is hazardous (nope, they call it “online scarelore”). Flash: Walmart’s jelly sandals contain unsafe amounts of lead (nope). More than that, Snopes turns a critical eye to lies that masquerade as news.

An article in The Atlantic says urban legends persist “when they have enough familiar elements to feel plausible, but also have 2-3 counter-intuitive elements that make them memorable”.

As the article reports, urban legends are much more likely to mention hazards than benefits. From a human evolutionary standpoint, that’s logical: “Believing in a fake hazard is less harmful than failing to believe in a real one.”

The Atlantic also notes research that says people “may have an incentive not just to believe fearsome legends but to pass them on – sharing information about threats can make you seem more reliable.”

The truth about fake news

Fake hazards and fearsome legends…seems like we’re waist deep in them. Believing in them can have a price.

Snopes has been in the news because of a legal dispute that’s threatening its financial viability. This week, the site’s operators launched a successful GoFundMe campaign, raising $500,000 in 24 hours.

In an era where all sorts of stories are labelled as fake news, Snopes performs a valuable service. If you haven’t been on the site, take a look. You stumble onto the craziest items that have hit traditional and social media. Many, as the Snopes researchers find, are patently false (or purposefully misleading at best). Some other stories do turn out to be true.

Preventing the end of the world

Like this one. It started when a 4-minute clip was posted to YouTube, supposedly from a late 1950s western TV series called Trackdown that ran on CBS. Snopes says it’s legit. You can watch it and see for yourself.

In 1958, Trackdown aired an episode where a con artist comes to town, sharing his own fearsome legend. He tells residents that a cosmic explosion will endanger the entire town. Fake news, but he’s convincing. The man tries to sell “force-propelling umbrellas” to deflect meteorites, and asserts that he alone can prevent the end of the world. How?

Well, Trackdown’s narrator explains that: “The people were ready to believe. Like sheep they ran to the slaughterhouse. And waiting for them was the high priest of fraud.”

Here’s what the con artist says to them: “I am the only one. Trust me. I can build a wall around your homes that nothing will penetrate.”

In the end, the conman is arrested for trying to dupe the townspeople. The character’s name? You really can’t make this up. Walter Trump.