Why Do Companies Practice Customer Disservice? 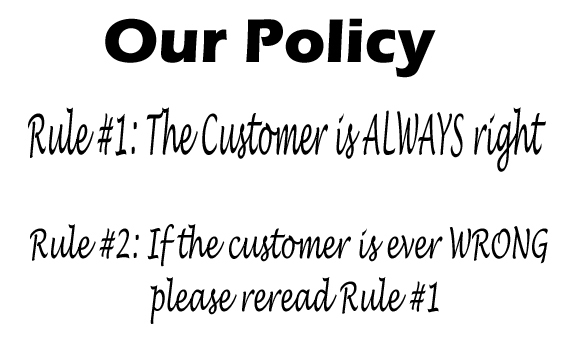 Do some companies really want to communicate with their customers? Do they know what to say when they do?

Last week I had to get in touch with the call centres of four different organizations. It was instructive.

In one case, I found the correct department through clear options, was connected within 10 minutes, and had my issue solved by the first person who answered.

In another, I landed on what I thought was the right department, waited 30 minutes on hold (with no apology from the customer service rep who saw how long I was hanging), and was then transferred twice with no resolution.

The other two companies had no customer service numbers anywhere on their websites. So now it became a scavenger hunt. For one, I turned to Google, and stumbled across two numbers that were intended for this company’s partners (not consumers). I called one that wasn’t in service, and made it through on the other.

For the fourth company, the absence of a customer service number meant I had to try to provide enough information in an online form that wasn’t meant for such details. Three days later, nobody had responded.

I finally came across a button (well hidden) that prompted a call back. The person I spoke to seemed sympathetic and promised to 1) send me an e-mail recapping the situation and next steps, and 2) have another department call me to work out the issue. Five days later, I’m still waiting for both to happen.

I’m sure everyone has had similar frustrations. Many large companies have eliminated phone numbers on their websites altogether. Instead, customers have to navigate a labyrinth of drop-down choices and hope their issue falls into one of those categories.

During a customer service call, what should a company say or do that truly satisfies (or at least appeases) the customer? A site called callcentrehelper.com suggests some of the best and worst courtesy words and phrases.

One of the best customer responses I’ve heard came from Gaylord Hotels, which is part of Marriott. They came up with a guest-centric service program, which aims to have issue handled on first request. No transfers or follow-up calls required. At the end of a call, the Gaylord staff signs off with this, which doubles as the name of the service initiative: “Consider it done.”

What a great way to treat customers.

As a Forbes column reminds, the customer isn’t always right. But they’re always the customer. We all have them, whether external or internal. It shouldn’t be hard to say the right words and do the right thing for them.