When You’re at a Loss for Words, Try Lost Words 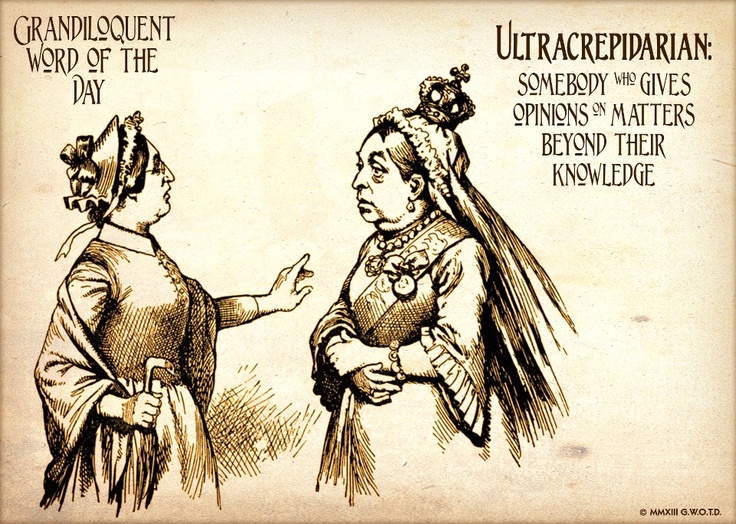 Ever run into an ultracrepidarian during a conversation? Or feel the urge to latibulate when approached by one?

Bet you have. We’ve all had particular feelings, or observed certain phenomena, and wished there was a perfect word for it. Sometimes there is – it just has been long forgotten.

Joe Gillard is trying to resurrect them in a collection called The Little Book of Lost Words. Gillard founded a site called HistoryHustle.com, which presents history in a breezy way. His new book, out last month, highlights words that have gone into disuse that deserve a comeback. Although the words are archaic, they’re still perfectly applicable.

Here are a dozen more of my favourites from the book. I had never heard of any before, but know when they would have come in handy. See if you can work them into everyday conversations.

For instance, if work is weighing on your mind, you may be in a state of 1) uhtceare (noun, 10th century Old English): lying awake in bed feeling anxious.

Get to the office, and you might observe a 2) eyeservant (noun, 16th century English): person who works only when someone is watching. Or you might have to account for a colleague who tends to 3) pingle (verb, 19th century English): work in a useless, unhelpful manner that only interferes.

By the end of the day, you can walk out feeling 4) ramfeezled (adjective, 18th century English): exhausted from a hard day of work.

So it’s time to relax. Some people have 5) allotriophagy (noun, 19th century English): a strong desire to eat food that’s unhealthy. Maybe because they also experience 6) akrasia (noun, ancient Greek): knowing you shouldn’t do something, but doing it anyway against your better judgement.

In those moments of weakness, just don’t reach for a 7) catlap (noun, 19th century Scottish): a weak or watered-down drink that’s suitable only for a cat.

If you’re getting together with friends, do yourself a favour and avoid a 8) mumpsimus (noun, 16th century English): stubborn person who refuses to change their mind despite being proven wrong. Those folks will get on your nerves. So will a 9) quidnunc (noun, 18th century English): gossipy or meddlesome person.

And although they might seem like they’re on your side, beware of people who throw out a 10) charientism (noun, ancient Greek): an insult concealed as a friendly joke. That’s even more devious than a 11) tortiloquy (noun, 17th century English): immoral or dishonest speech.

Time for me to get back to work. Hope the next thing I work on isn’t a piece of 12) amphigory (noun, 19th century English): writing that appears to have meaning but is really just foolish nonsense.

Some of these lost words may sound foolish but, wow, what meaning.