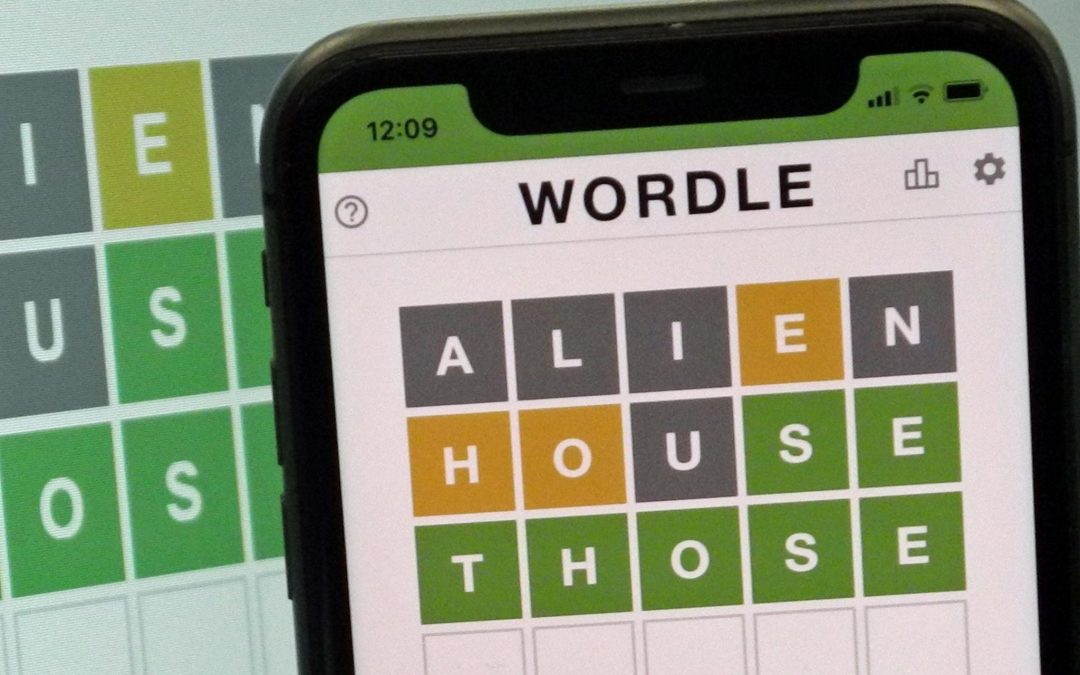 Conspiracy theories are everywhere. They’ve even crept into the world of Wordle.

For those who haven’t played it, Wordle is an online word game. You have six attempts to guess a five-letter word. With every guess, you see tiles that tell you if a letter is in the word or not, and if it’s in the right or wrong position.

A Brooklyn software engineer released the game in October 2021. On November 1, it had 90 daily players. By the new year, 300,000 people played it. A week later, the number was in the millions.

Wordle is free, quick and fun. Another reason the game has become so ubiquitous is that users can easily post their results on social media, in the form of a grid of coloured squares. To anyone who does, nobody cares.

The New York Times bought Wordle in January, and moved it to their platform in February. That’s when the conspiracy theories started.

Chatter online is that the Times has made Wordle harder. False. The reality is that the list of possible solutions is pre-set. The game was created to have the daily word selected from a random list of 2,315 words.

The Times hasn’t added a single word to the list since their acquisition. What they have done is remove certain words from the original solution set, i.e. ones that are potentially offensive, and some tougher and more obscure words. If anything, that would make Wordle easier.

For many, evidence doesn’t matter

So, in the absence of evidence, why do some Wordle users think the game is now more challenging?

Here’s the thing about conspiracy theories, which is beyond frustrating for anyone in the business of conveying logical messages. Evidence and good information don’t matter.

If we’ve learned anything these past few years (or from human history) it’s this: you usually can’t get through to the hard core by tossing another fact onto your pile of counter-arguments.

Compared to, say, the U.S. election “fraud” theorists and the siege of Ottawa fringe and extremist groups, the Wordle warriors are small stakes. Still, the Times example says something about why conspiracy theories emerge.

A long Twitter thread has been going around that boiled it down. Here’s part of what this user said:

“Why are so many people convinced the NYT has ruined Wordle? Because of confirmation bias. They were already mad at the NYT. Then they struggled with a puzzle or two. It’s easy to connect the dots and blame the NYT for making the game harder.

“Maybe the recent puzzles really have been harder for them to solve. Or maybe they just forgot how much they struggled with previous puzzles. Even when you show these people that Wordle isn’t actually harder, some don’t believe it. Why? Because it doesn’t feel true. Their feelings about Wordle are so strong that even factual evidence can’t overcome them.

“That’s human nature. We trust our gut more than we trust other people’s so-called ‘facts’, especially when our feelings are based on our perceived experience. And that’s how conspiracy theories work. They play on our feelings and our preconceived biases. That combination is powerful, and it’s why conspiracy theories are so resistant to debunking. It doesn’t matter how much evidence you supply to disprove the theory.”

In a new book called Off the Edge: Flat Earthers, Conspiracy Culture, and Why People Will Believe Anything, Kelly Weill traces the evolution from those who doubt our planet’s sphericity to today’s anti-vaxxers and QAnon adherents.

In an interview, Weill, a journalist with The Daily Beast, said: “I think the through-line of a lot of conspiratorial beliefs is a lack of trust and a rejection of established narratives, a rejection of authority figures and public institutions. People have the capacity to believe very strange things.”

The psychology behind conspiracy theories is well studied. Research has shown that believers are more prone to:

That applies to individuals, but also fits with certain media outlets whose reason for being seems to be to peddle conspiracy theories, stir division and grift their audiences.

Is there hope to turn conspiracy theorists? Just maybe.

One woman, named Erin, recently told a reporter how her 71-year-old mother, who she lives with in Florida, was consumed by QAnon. Until recently, that is.

QAnon is a far-right conspiracy theory that says a cabal of Satan worshippers (from Joe Biden to Tom Hanks to the Pope) operate a global child sex trafficking ring, and also kill and eat their victims to extract a life-extending chemical called adrenochrome, and that this cabal conspired against Donald Trump. And it gets weirder from there.

Erin said that her mother also feels that COVID is spread by 5G, and that governments conduct weather warfare. The obsession with these “beliefs” was ruining the mother-daughter relationship.

Lately and quite suddenly, however, things have improved. Mom has had less time to read up on conspiracy theories and, says Erin, is noticeably happier. All because she now spends 2-3 hours a day on another obsession.

What changed? Erin introduced her mother to the Wordle archives.