What the Word of the Year Says About Speaking Out 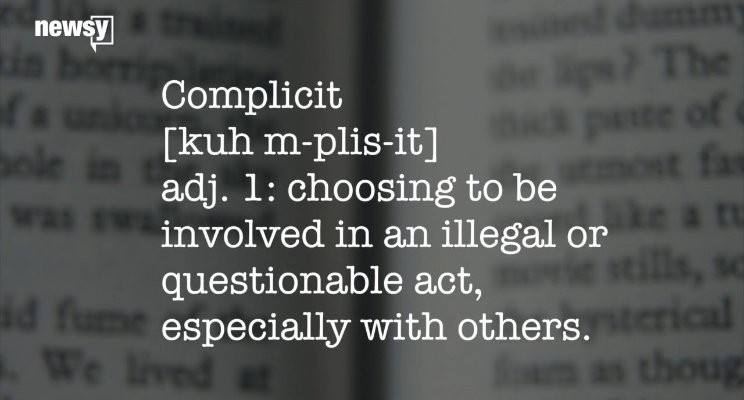 It’s the season for “best of” compilations and other year-end recognitions. When you look at a few in combination, it’s a useful gauge of the zeitgeist.

Time just named their 2017 person of the year, which goes to the individual or group that most influenced the news, for better or worse. Their pick: the silence breakers, the women who’ve spoken out against sexual harassment and abuse, and driven the #MeToo movement.

Person of the year gets lots of attention, but as 2017 nears its end there’s another honour worth noting: word of the year.

Several dictionary publishers make the picks, for words that have shot up in usage or taken on special relevance these past 12 months. There are already competing winners, with more choices still to come.

In the U.K., Collins selected “fake news”. Contrary to what some public figures think (one in particular), fake news isn’t the truth you don’t like or don’t want others to believe. It’s intentional misinformation. Collins defines fake news as “false, often sensational, information disseminated under the guise of news reporting”.

“Fake news, either as a statement of fact or as an accusation, has been inescapable this year, contributing to the undermining of society’s trust in news reporting,” says Helen Newstead, Collins’ head of language content.

The next print edition of the Collins Dictionary will have an entry for fake news. It’s a solid choice, maybe an obvious one this year, but I think there’s a more interesting pick.

Dictionary.com chose as its word of the year “complicit”. The website defines the word as “choosing to be involved in an illegal or questionable act” and “having partnership or involvement in wrongdoing”.

The pick raises this question: what makes people complicit?

Is it being an active participant in something wrong or shady? A matter of implicitly supporting a person, decision or behaviour by not raising your voice against it? Is it remaining silent when you have knowledge of certain unethical, improper or criminal conduct?

This year, the word complicit has made its way into discussions of U.S. politics, as Dictionary.com has noted, and into debates about the very issue that Time has highlighted with its person of the year choice.

We don’t have to be knee-deep in some transgression to be complicit. We can be when we fail to act or speak out in situations where we can make a difference. That can happen in our country, communities, institutions, workplaces or our own families.

For some people, speaking out isn’t always easy or possible. Yet that’s how we make progress on social and political issues. Or fight for the truth in a barrage of fake news. Dictionary.com’s word of the year is a nod, in part, to the freedom of speech. And to all of the silence breakers.

“It’s a word that reminds us that even inaction is a type of action,” stated Dictionary.com in their word of the year announcement. “The silent acceptance of wrongdoing is how we’ve gotten to this point. We must not let this continue to be the norm. If we do, then we are all complicit.”