What Do Muppets, Infomercials and Brexit Have in Common? 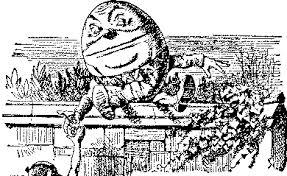 I just read an article in The Atlantic about the practice of parents who post photos of their kids on social media. The author mentioned taking a shot of his 6-year-old, who was wearing a homemade superhero costume. The son declared: “Don’t put that online!” He relented only when promised that the photo would only be attached to a group text for grandparents and cousins.

The article discussed the urge of parents to document their children’s lives, and create their digital identity. “Unblinking surveillance,” was one of the phrases used.

While the piece was interesting, what caught my eye was a term used in the subhead to describe the phenomenon: sharenting.

That’s a newer example of a portmanteau: a blending of two words or parts of words (like share plus parenting) to create another word. A portmanteau isn’t a contraction or a compound word. It’s a mashup.

We use them all the time. Common examples are smog (smoke plus fog), motel (motor plus hotel), brunch (breakfast plus lunch) and motorcycle (motorized plus bicycle). The nickname of Canada’s two-dollar coin is a portmanteau: toonie (two plus loonie).

Beyond everyday nouns like these, you can find portmanteau examples in place names like Tribeca in Manhattan (triangle below Canal) and Tanzania (Tanganyika plus Zanzibar). Organizational names like Interpol (international police) and Microsoft (microcomputer plus software). And show names like Futurama (future plus panorama) and Spamalot (spam plus Camelot).

Today, I’ve already listened to a podcast (iPod plus broadcast), sent an emoticon (emotion plus icon), written an advertorial (advertising plus editorial) and polished this blog (web plus log).

Newer words and usages of any sort reflect the times. They fill a hole. Earlier this year, Cambridge Dictionary noted some recent additions to their definitions: hangry (hungry plus angry), flexitarian (flexible plus vegetarian), glamping (glamorous plus camping), bromance (bro/brother plus romance), staycation (stay plus vacation) and mansplain (man plus explain). Think of what’s happening in society to compel the need for these terms.

Where did the term portmanteau originate? The word comes from the mid-16th century French porte-manteau, from porter (to carry) and manteau (cloak).

The usage to describe what we’re talking about goes back to 1871, credited to Lewis Carroll of Through the Looking-Glass and Alice’s Adventures in Wonderland fame. In his day, a portmanteau was a type of suitcase, which opened into two equal sections. Carroll made up blended words in his writing, like slithy (slimy plus lithe) and mimsy (miserable plus flimsy). He had the character of Humpty Dumpty explain that it’s two meanings packed into one word, like a portmanteau.

I learned that on Wikipedia, a portmanteau of wiki plus encyclopedia.

So the next time you’re walking your labradoodle, watching a sitcom or a romcom on Netflix, grabbing a frappuccino with your frenemy, wearing jeggings or pleather, ditching a telemarketer, dealing with administrivia at work, or chillaxing at a gastropub with a mocktail (because you’re not a workaholic), spare a thought for this linguistic device. For they’re all portmanteau words.