Was the Book Better Than the Movie? 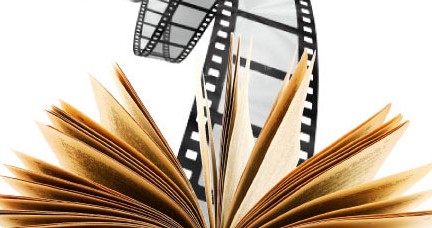 Thomas Savage, Frank Herbert, William Lindsay Gresham and Haruki Murakami. What do these novelists have in common? They wrote the books upon which four of this year’s Academy Award nominees for Best Picture are based.

The source material goes back many decades for The Power of the Dog (Savage, 1967), Dune (Herbert, 1965) and Nightmare Alley (Gresham, 1946). Drive My Car is based on a short story of the same name in Men Without Women, as well as on snippets from other stories in that collection (Murakami, 2014).

The Oscars take place this coming Sunday. It’s not unusual to see so many nominated movies trace their origins to books. In fact, it’s the norm. In the history of the Oscars, 43 Best Picture-winners have been based on various novels, short stories and works of non-fiction. Everything from The Godfather to Slumdog Millionaire, and from Argo to One Flew Over the Cuckoo’s Nest.

Did you like the book or the movie better?

For most people, the book wins out. One study by Reviews.org looked at 1,168 titles that were both books and movies. The study tracked ratings from Goodreads for books and from IMDb for the corresponding movie. This analysis found that the book was rated higher than the movie 89% of the time.

Why are people who’ve read a book first often disappointed by the movie version? Here are five possibilities.

Yet if you haven’t read the book before seeing the movie, none of this is relevant. You go into the movie with no preconceptions. It would be just as easy to come up with a list of why some people prefer the movie to the book.

Some movie adaptations are equal or far superior to their source material. Some aren’t. There are better books and worse books, just as there are better movies and worse movies. But there’s no such thing as better or worse when it comes to art forms or storytelling.

An aside: when it comes to the book vs. movie question, there may be a gender gap. One British survey found that almost 75% of men would choose the movie (or TV)  adaptation of a book over the actual book. The numbers were flipped for the women surveyed. The survey also revealed that men read fewer books, read more slowly and are less likely to finish books than women.

Watching a movie and reading a book are two very different experiences. I love each for its own merits. Every medium has its own strengths in telling a tale.

So pick up a book, settle in for a flick, or read a comic for that matter, and just lose yourself in the story.