Van Gogh, Serena Williams and the Art of Selfie-Expression 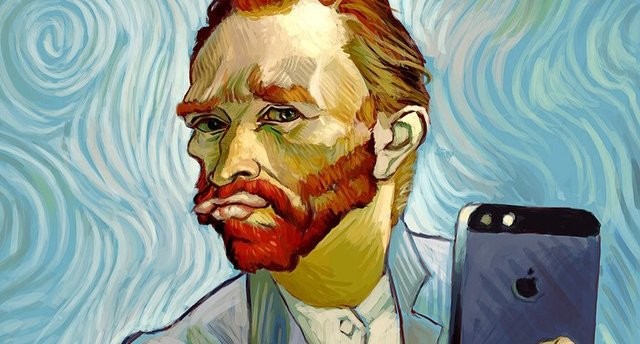 Serena Williams is expecting a baby, and broke the news in the traditional way, just like your grandmother did: an inadvertent selfie on Snapchat.

This week at a TED talk in Vancouver, the tennis great said that she had been tracking her pregnancy with weekly selfies. She didn’t mean to post this particular shot (“It was an accident; you press the wrong button and…”), but was going to share the news publicly within the week anyway.

Just another sign of the times; not the celebrity pregnancy pix, but the form of expression.

By some accounts, about one in every three photos taken is now a selfie. According to Hootsuite, 8,796 photos are shared on Snapchat every second, and more than 400 million snaps are sent daily. How many selfies have you posted on various social media, or shared in other ways?

Selfies are a mode of communication. As with any medium, it’s interesting to think about what people are actually saying.

It’s not narcissism. Usually not.

A study by BYU researchers, published in 2016 in Visual Communication Quarterly, identified three categories of selfie-takers.

1. Communicators take selfies to engage their friends, family or followers in a conversation, perhaps about some sort of issue or cause that’s represented. They actively want feedback or support.

3. Self-publicists (the smallest group) like to document their lives to create an image for others.

There’s nothing novel about those intentions or, in fact, about the idea of a selfie.

A man named Robert Cornelius produced what some consider the first photographic portrait ever made. It was a selfie taken in 1839, in the back of his family’s silver-plating shop in Philadelphia. When cameras became a consumer item, shutter timers enabled the same practice.

Many of the great painters routinely created selfies. They just called them self-portraits. Van Gogh did over 30, and Rembrandt about 100.

Unlike those works of art, the Serena Williams Snapchat pic isn’t destined for a museum. Yet it’s a reminder that the three categories cited in the BYU study could apply to all sorts of communications. The medium may be new(ish), but not the message.