This is Your Brain Online 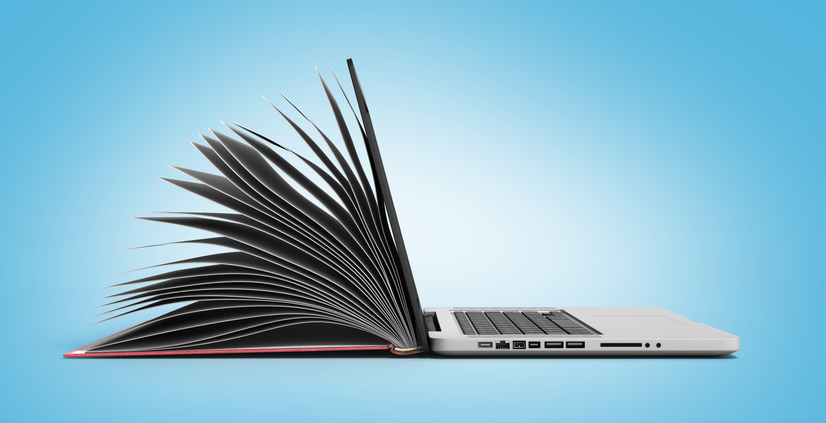 The leap from deciphering primitive line carvings to scrolling through Twitter is a long one. Both involve the evolution of the human brain.

The human lineage goes back 5-7 million years ago, Homo sapiens arrived roughly 200,000 years ago, and cave paintings began about 30,000 years ago. But well before representational cave art, there’s evidence of engravings on items like rocks and shells that date back 100,000-500,000 years. These markings included lines, grids, angles and intersections.

Derek Hodgson, a researcher at the University of York in the U.K., recently wrote about how the part of the brain that processes visual information evolved in a world without reading and writing. Yet we eventually developed the capacity to decode letters. How?

He says it may go back to the time when humans first started to make repetitive marks, which relates to our much later ability to figure out text.

In a paper for the Journal of Archaeological Science Reports, Hodgson says that our brains began to process patterns in the line markings. Our mirror neurons fire when we see patterns, and written text too. After all, what are letters if not shapes that make patterns?

Much is at work in our brains when we read. In part one of this discussion in my last blog, I wrote about how we read differently online, spending considerably less time with an item compared to our print habits. Now for part two: what’s happening cognitively when we read online vs. print?

A piece on PRI (Public Radio International) talked about linear vs. non-linear reading. The more you read on a screen, the more your brain shifts to scanning and skimming in a non-linear way. Our eyes jump around. Print is more conducive to linear “deep reading”. The two forms can lead to what PRI calls the “bi-literate” brain.

An article in Scientific American by Ferris Jabr (“The Reading Brain in the Digital Age”) goes deeper. Start with a broad understanding of reading.

“We often think of reading as a cerebral activity concerned with the abstract – thoughts and ideas, tone and themes,” writes Jabr. “As far as our brains are concerned, however, text is a tangible part of the physical world we inhabit.”

“The brain essentially regards letters as physical objects because it does not really have another way of understanding them. So the brain improvises a new circuit for reading by weaving together various regions of neural tissue devoted to other abilities, such as spoken language, motor coordination and vision.”

Jabr explains that mental maps are critical. “Beyond treating individual letters as physical objects, the human brain may also perceive a text in its entirety as a kind of physical landscape. When we read, we construct a mental representation of the text…similar to the mental maps we create of terrain and of man-made physical spaces.”

How does reading on paper differ from reading on screens? Here are four takeaways from the Scientific American article.

1. Paper can be easier to navigate. In most cases, paper has what Jabr calls “more obvious topography” than onscreen text. Take an open book. It has “two clearly defined domains” (left and right pages) and “eight corners with which to orient oneself.” A reader, he says, “can focus on a single page without losing sight of the whole text: one can see where the book begins and ends and where one page is in relation to those borders. Turning the pages…is like leaving one footprint after another on the trail – there’s a rhythm and a visible record of how far one has traveled. All these features not only make text in…paper easily navigable, they also make it easier to form a coherent mental map of the text.”

2. Intuitive navigation matters. Screens, says Jabr, “interfere with intuitive navigation of a text and inhibit people from mapping the journey in their minds.” We can scroll, tap and search – which all adds ease – but “it is difficult to see any one passage in the context of the entire text.” Jabr says it’s like using a map function to navigate any street, and hit any address, but not having the ability to zoom out to see a neighborhood, city or country.

3. Fatigue is a factor Differences in comprehension between reading on paper vs. screens are small, but some studies show that longer-term recall is worse with online reading. Among the possible reasons: the scrolling, clicking, light, glare and stimulation can all make online reading more physically and mentally strenuous. “Like many cognitive abilities, working memory is a finite resource that diminishes with exertion,” writes Jabr.

4. Readers may be less serious. “People do not always bring as much mental effort to screens in the first place…subconsciously, many people may think of [it] as a less serious affair than reading on paper,” writes Jabr. When reading on screens, he says “people seem less inclined to engage in what psychologists call metacognitive learning regulation – strategies such as setting specific goals, rereading difficult sections and checking how much one has understood along the way.”

This summer, ScienceDaily reported that the Internet may be changing the very structure and operations of the brain.

An international team of researchers (from Western Sydney University, Harvard, Kings College, Oxford and University of Manchester) published a review in World Psychiatry. They found that the Internet can produce acute and sustained alterations in certain areas of cognition.

“The key findings of this report are that high levels of Internet use could indeed impact on many functions of the brain. For example, the limitless stream of prompts and notifications from the Internet encourages us towards constantly holding a divided attention, which then in turn may decrease our capacity for maintaining concentration on a single task,” said Dr. Joseph Firth of Western Sydney University.

He says the accessibility of information has the potential to “begin changing the ways in which we store and even value, facts and knowledge, in society and in the brain.”

None of that should surprise us, nor should it be taken as a critique. Reading online has huge advantages too, in creating visual and interactive experiences.

We’ve come far from processing line engravings on a rock. What’s clear is that, regarding reading, our brains have evolved over a long period – and haven’t stopped yet.