The Value of Currency 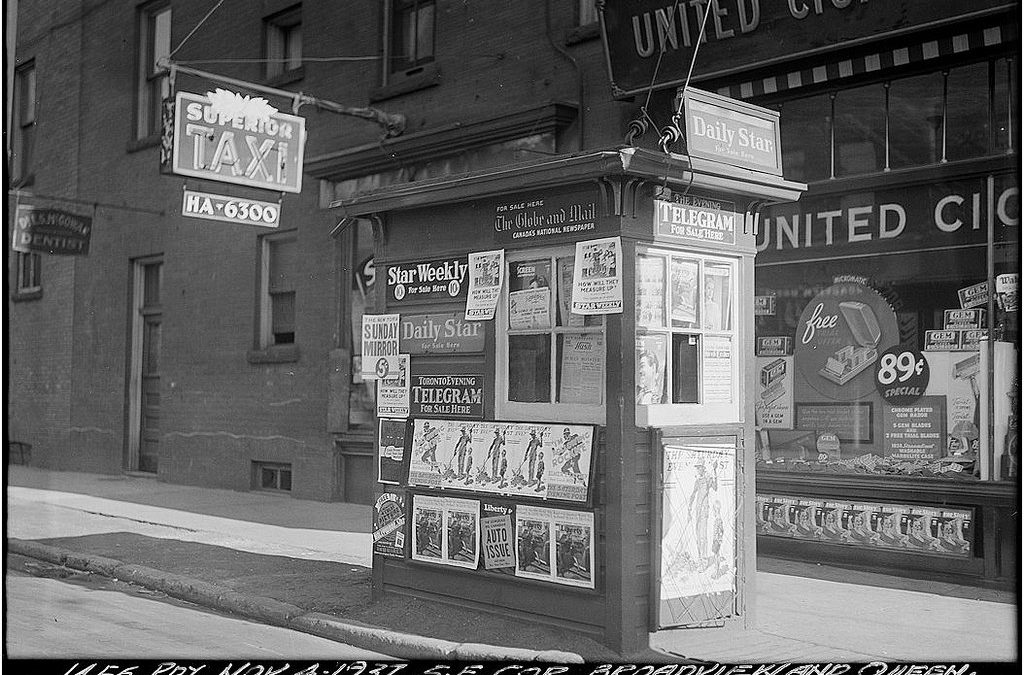 Why don’t more people follow current affairs? A fair question in light of recent polling on diminishing news consumption in Canada. Yet I want to turn the question around: why do people follow the news?

Statistics Canada also found a disengagement from the news. The proportion of Canadians who stated that they rarely or never followed news almost doubled from 2003 to 2013 (from 7% to 13%).

Moreover, StatsCan reported that just 40% of Canadians indicated that they had confidence in the Canadian media.

Large portions of the public seem to be cynical. The Edelman survey found that 63% of Canadians feel that news organizations are more concerned with attracting a big audience than reporting. The same percentage says that the media sacrifices accuracy to be the first to break a story. And 54% say that news organizations are overly focused on supporting an ideology vs. informing the public.

From the fractured media landscape to a lack of trust in the media (among other institutions) many factors contribute to changing news habits.

For those who still follow the news closely, in whatever form, what’s the reason?

Some answers should be obvious. To be informed citizens, educate ourselves to make the best decisions, ask good questions, and hold the powers-that-be accountable.

Yes, yes, yes and yes. Yet it’s more complex than that. A few years ago, the Freakonomics podcast devoted an episode to the topic. Here are three other reasons their experts presented.

1. Fill in the details of our life story

Economist Matt Gentzkow from Stanford University said a big part of following the news is to make sense – not of the world, necessarily, but about ourselves.

“There’s research in psychology about the importance of telling stories and building narratives for people,” said Gentzkow. “People like to look at their own lives as a story, see the arc of the challenges that they overcame and define themselves as a character. That makes sense of why we care so much about news. If what I’m thinking about all the time is my own life story and my role in it, then what’s happening in the world around me is the context that that story’s happening in.”

Mitchell Stephens, a journalism professor at New York University, had another theory. As he told the podcast, “Anthropological research demonstrates that if you have a society, they have a way of finding news. It seems to be basic to being human. The hominids, who were not news-hungry, were less likely to survive.”

Stephens said the news for survival centred on finding out about threats (who’s out to harm us? where’s the food?) and propagating the species (who would make a good mate?).

“A lot of the functions that news used to perform way back when in hunter-gatherer times, in preliterate societies, it’s no longer performing regularly. Yet our itch to be aware, to know what’s going on around us, remains.”

Of course, news we can use has a benefit. And not just in terms of everyday practical applications.

On the podcast, economist Steven Levitt and journalist Stephen Dubner, who wrote the book Freakonomics, got into an exchange about what’s in it for news junkies aside from being, say, better voters.

Levitt wondered if following the news makes you seem smart, which can have its own utility. Dubner added that people who like to know what’s going on everywhere might also feel a sort of “moral superiority”. Not an ideal trait, but one that I suppose serves some people.

Again, the reasons why we follow the news have many dimensions. Psychology, biology and personal imagery might be three of them.

I like to think there’s a higher value to staying current. Alain de Botton, author of The News: A User’s Manual, put it this way.

“To live in modernity – an era contemporaneous with the triumph of the news – is to be constantly reminded that change and improvement are continuous and relentless,” he wrote. “This is part of the reason we must keep checking the news in the first place: we might at any moment be informed of some extraordinary development that will fundamentally alter reality. Time is an arrow following a precarious, rapid and yet tantalizingly upward trajectory.”