The Shape of the Heart 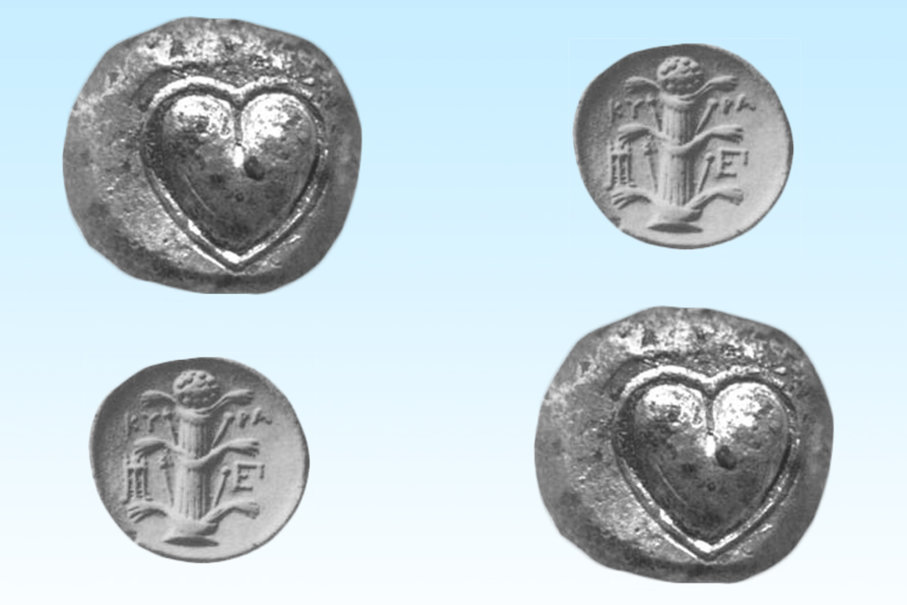 Symbols can often speak more powerfully than languages. Anywhere you go, a circle with a slash through it says “no”. A skull and crossbones indicates poison. A red octagon means “stop”. No words needed.

With Valentine’s Day approaching, another more positive symbol comes to mind: the heart.

It’s a universal representation of love. Yet the heart shape – the double curves and a pointed bottom – doesn’t look anything like the anatomical heart. So how did it get that form? And what does it have to do with love?

Where was the centre of feelings?

There are competing theories. One goes back to the Greek philosopher Aristotle. The heart organ has four chambers (two atria, two ventricles), but Aristotle described it as having three with a dent in the middle. He called it the centre of vitality. The heart, not the brain, was seen as the font of feelings.

Historian Marilyn Yalom wrote a book called The Amorous Heart: An Unconventional History of Love. In it, she traces the heart metaphor and iconography through the ages. Yalom points out that the ancient Romans saw a strong link between the heart and love. “Venus, the goddess of love, was credited — or blamed — for setting hearts on fire, with the aid of her son Cupid, whose darts aimed at the human heart were always overpowering,” she writes.

When early artists and scientists attempted to draw the human heart, they fell back on Aristotle’s characterization. Three chambers with a dent evolved into the heart shape we know.

“Since the human heart has long been associated with emotion and pleasure, the shape was eventually co-opted as a symbol of romance and medieval courtly love,” stated a piece on History.com. “It grew especially popular during the Renaissance, when it was used in religious art and as one of the four suits in playing cards.”

Yalom writes that during the 15th century, the heart icon spread throughout Europe: on the pages of manuscripts, brooches and pendants, coats of arms, combs, wooden chests, sword handles, burial sites, woodcuts, engravings – anything you could imagine.

She notes that one of our wedding traditions, from medieval England, also has roots in Roman beliefs about the heart. The ancient Romans thought, mistakenly, that there was a vein that extended from the fourth finger of the left hand straight to the heart. Their name for it: vena amoris. This assumption bled into marriage ceremonies, in the part where the groom places a ring on the bride’s fourth finger.

The link to a precious plant

Another hypothesis about the heart symbol connects to an ancient plant. Silphium, now presumed extinct, was a type of large fennel. It grew in in North Africa, near the Greek colony of Cyrene. The colony exported silphium, and became rich doing so. In fact, the Cyrenians imprinted the plant’s stalk and seed pods on one of their coins. The image resembles the heart shape.

What made silphium valuable? According to Atlas Obscura, it was used as a catch-all food flavouring and medicine in ancient times. Silphium treated everything from fevers to stomach aches.

There’s also evidence that it was taken as a method of birth control. So perhaps that association tied the silphium symbol to love. Consider that the Roman poet Catullus, who lived 84-54 B.C., once wrote this for his beloved:

“You ask how many kissings of you are enough for me. As great as the number of the Libyan sand that lies on silphium-bearing Cyrene.”

“It’s not too hard to imagine that he’s providing two prescriptions at once here: one for getting busy and one for preventing unintended consequences,” noted Atlas Obscura.

The origin of the heart shape remains a bit of a mystery. Whatever the back story, that symbol has shaped our descriptions of love, on Valentine’s Day and every day. In the immortal words of the late reggae star Bob Marley, who would have turned 75 last week:

Let’s get together and feel alright.”