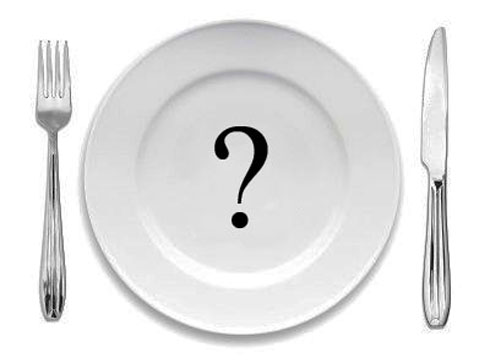 Summer is the time for ice cream. But not like this.

You may have heard about the vandal in Lufkin, Texas, the one with an appetite for destruction. On June 28, she opened a carton of Blue Bell Tin Roof ice cream at a Walmart, licked the top and returned it to the freezer.

She giggled about it, in a video that went viral. Police have located and interviewed the suspect, but haven’t identified her as she’s a teenager. Since then, some copycat incidents have been posted on social media, with their own hashtag (I won’t repeat it).

Who knows the Texas suspect’s motive, but it wouldn’t be the first taste test with surprising results. Food and beverage companies use taste tests all the time, to shape their offerings and marketing. Sometimes, the outcomes don’t stand up.

Maybe the biggest fiasco involved Coca-Cola’s rollout of a new formulation in 1985. The company’s own website calls it “a day that will live in marketing infamy”. They had conducted 200,000 blind taste tests, where most people preferred the new taste to the current Coke or Pepsi. The buying public, however, hated New Coke. Coca-Cola ended up re-branding the original formulation as Coke Classic, and the new one (later discontinued) as Coke II.

In his book Blink: The Power of Thinking Without Thinking, Malcolm Gladwell suggested that the smaller samples in taste tests don’t mimic how people actually drink pop. He quoted a Pepsi product development staffer: “I’ve seen many times where the sip test will give you one result and the home-use test will give you the exact opposite.”

Academic researchers also use taste tests, to reveal how we’re influenced by a host of factors other than our palates. Here are six things that can skew our perceptions.

Start with one of our other senses, sight. In a study reported in the Journal of Consumer Research, researchers from UBC and the University of Florida gave subjects two cups of Tropicana orange juice. They were identical, except one was darkened with food colouring.

People perceived the darker-coloured juice as a sweeter. Yet when they were given two cups of juice of the same colour, one actually sweetened with sugar, they didn’t see any taste difference.

Another study from the University of Massachusetts, reported in the Journal of Food Science, found similar results. Here, researchers added red colouring to a drink. Participants rated those solutions up to 10% higher for sweetness, even though they had 1% less sucrose concentration than lighter-coloured solutions.

What about feel? The Journal of Consumer Research also reported on a study related to food texture. Researchers from the University of South Florida, the University of Michigan and Columbia University gave participants bite-sized brownie bits. Some were soft and some hard. People tended to eat more soft ones. Until they were asked about the calorie content of the brownies. Then they ate more hard ones.

There’s a reason. An article in The Atlantic noted that foods with rough textures (think granola bars) feel healthier to us. That’s true even when they possess no better or worse nutritional qualities than softer versions of the same food. As the article concluded, in our minds “harder-to-eat equals healthier-to-eat”.

More expensive can also equal better taste. At least our brains seem to think so, as described in Scientific Reports.

Researchers at the University of Bonn conducted a wine tasting while subjects where in an MRI scanner. People got the price of the wine, took a sip and rated how it tasted. Various prices were shown. While the wine was the same each time, people gave higher ratings when they thought it cost more.

Moreover, the higher prices activated parts of the medial pre-frontal cortex and the ventral striatum. The former is involved in integrating price comparisons, and the latter is part of our reward and motivation system. So the subjects’ were quickly calculating expectations and value, based solely on fictitious prices.

When is a carrot more appealing? When kids think it comes from McDonald’s. Actually, they think that wrapper makes everything taste better.

For a study by Stanford University, reported in the Archives of Pediatrics & Adolescent Medicine, research subjects were given hamburgers, chicken nuggets and fries on a tray. Some were presented in McDonald’s wrappers, some in unmarked wrappers. The subjects were ages 3-5.

In all cases, they preferred the food in the McDonald’s packaging. For instance, 77% of the kids said the fries in the McDonald’s wrapper tasted better. The thing is, the food was the same. All of it came from McDonald’s. The only difference was the package.

The McDonald’s labelling had an outsize impact even when a food item was generic. The researchers tested the kids’ reactions to store-bought milk, juice and carrots. They liked the ones presented in McDonald’s wrappers, with carrots by a more than two-to-one margin. That’s some power of branding.

We know we can be in the mood for certain foods at certain times. It’s true too that our frame of mind can affect not just what we want but what we taste.

For research reported in PLOS One, 60 university students were told they were taking part in two studies, one about moral judgments, and the other a taste test. The students didn’t realize the studies were actually connected.

In part one, the students were randomly assigned to read different vignettes. Some depicted moral transgressions (like shoplifting or bribery), and others depicted moral virtues (like helping the homeless). The subjects had to rate their impressions of the stories, from extremely morally bad to extremely morally good. Then came the real point of the study: would these stories affect their taste perceptions?

The students were given Gatorade. The flavour was fairy neutral, i.e. no dominant taste. In any case, and in any case was highly diluted; one part Gatorade to 10 parts water. After drinking a teaspoon, people rated the taste, from disgusting to delicious. After people had read about moral transgressions, they perceived the Gatorade to be significantly more disgusting. When they read about moral virtues, the same drink was rated more delicious.

In Hong Kong, a strategic consultancy called CatchOn tested another impact of storytelling. They invited people to a restaurant, telling them they were part of a process to help a chef tweak a risotto dish.

The diners were given two versions of the dish. One was made using a rich homemade chicken stock, and accompanied by a plain card listing ingredients. The other used bouillon powder diluted with tap water. But for this one, the chef came to the table to describe the recipe, saying it was inspired by a childhood memory and describing each ingredient (which were the same as in version one) in detail.

Guess which version the diners preferred? Three-quarters opted for version two. They not only thought the powder/tap water risotto tasted better, but also gave it better marks for smell and portion size (the sizes of both versions were the same).

Colours, textures, prices, labels, moods, stories – these and other variables can play tricks on our taste buds. Not the sort of vile trick that the Texas ice cream licker pulled. But if you think you’re tasting with just your tongue, think again.