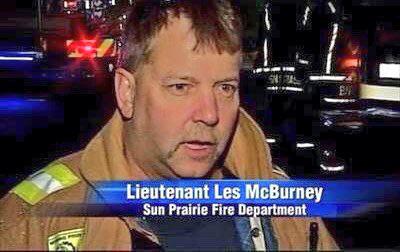 If Bolt is an appropriate last name for the world’s fastest man, then Lightning (not to mention the Olympics connotation of Olympia) ups the stakes.

“The thing I worry about with my daughter is the pressure of people wanting her to run,” Bolt told a reporter. “I know people are gonna push her towards track and field. I’ll show her everything, but I’ll let her take her time and decide what she wants to do.”

Is Olympia Lightning Bolt’s future preordained? It wouldn’t be the first time. There’s a whole area of study devoted to the phenomenon. It’s called nominative determinism. The idea is that some people tend to be attracted toward professions that suit their surname.

In many traditions, the two went hand in hand. People used to be named for their family occupations all the time. Think of English surnames like Smith (a maker), Cooper (repairs/makes casks), Fletcher (maker of arrows), Chamberlain (someone who takes care of the sleeping chambers), Ward (a guard), Webster (a weaver), and obvious ones like Taylor, Dyer, Miller, Fisher, Hunter, Potter and Shepherd.

Assigning names based on jobs is one thing. Can people actually have a subconscious draw to certain fields?

The first time the term nominative determinism appeared was 1994, in New Scientist. The magazine ran a column that noted a book on polar explorations by Daniel Snowman, and a study of urology by a Dr. Splatt.

Brett Pelham, a psychology professor at Montgomery College in Maryland, says nominative determinism is related to the idea of implicit egotism in major life decisions.

“Because most people possess positive associations about themselves, most people prefer things that are connected to the self,” Pelham writes.

He studied U.S. census records to track a bunch of occupational surnames: Baker, Barber, Butcher, Carpenter, Farmer, Foreman, Mason, Miner, Painter and Porter. Pelham found that people were statistically more likely to work in jobs that bore their surname. In other words, it happened more often than it should have based on chance.

Making a name for yourself

Who knows if there are psychological impacts at play? I just get a kick out of the coincidence. Stories about nominative determinism reveal some exquisite career choices:

The medical field yields many examples. One of the most auspicious – the late Dr. Walter Brain, a British neurologist, author of the book Brain’s Diseases of the Nervous System, and editor of the neurological medical journal Brain.

The New Scientist sent out a call for examples. One reader combed through an American directory of physicians to find Dr. Rash (a dermatologist), Dr. Knee (a rheumatologist), Dr. Bone (an orthopaedic surgeon), Dr. Couch (a psychiatrist), and other doctors named Blood, Fix, Cure, Heal, Flesh, Gore and Ache.

And tack on British physicians Dr. Dark (oncology) and Dr. Child (OB-GYN). The latter two came from an article on nominative determinism in the bulletin of the Royal College of Surgeons of England, authored by four doctors (husband, wife and their two sons) named Limb.

In sports, there have been football players with the names Spikes and Thrower (a quarterback, of course). Baseball pitchers with the last names Armstrong, Walk and Balfour, plus a couple of Fielders. Race car drivers named Lake Speed and Scott Speed. Tennis players Margaret Court and Anna Smashnova. Basketball player Tim Duncan. Marathon runner Holly Rush. And, of course, Usain Bolt.

The link between names and destiny is an age-old notion. That goes back to a Latin proverb from ancient Rome: nomen est omen – the name is a sign.

So if you see Olympia Lightning Bolt in the 2040 Olympic Games, don’t be surprised. Maybe she’s born to run, and right on track.