Spreading the Word with a Smidgen of Pigeon 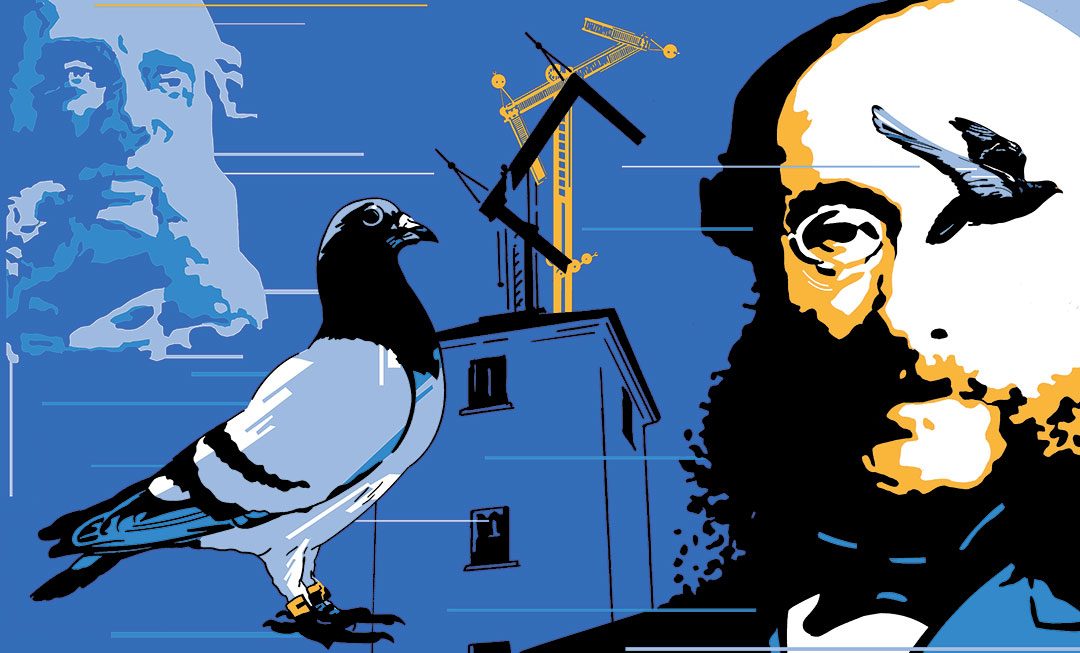 A few days ago marked the 202nd anniversary of the birth of one of the world’s media giants: Israel Beer Josaphat. He’s better known as Paul Julius Reuter, the name he adopted upon moving to London in 1845. He was a pioneer in so many aspects of information-gathering, at the cutting edge of communication technology. Yet the full story of his success can’t be told without considering the pivotal role played by a flock of pigeons.

Reuter worked as a bank clerk, in book publishing, and then for a news agency in Paris that evolved in Agence France Press. One of his strokes of genius was to pick up the rise of telegraphy. He started a news agency that linked Berlin and Paris, and later built a telegraph link from London to Crookhaven, at the south-west tip of Ireland. Ships from the U.S. would toss canisters of news into the sea, which Reuters would collect and transmit back to London.

The Reuter’s Telegram Company, established in 1851, started by covering commercial news for clients like banks, brokerage houses and other businesses. Eventually, a London newspaper subscribed to his service, then others joined.

Reuters, as the company became known, began to report on international stories. The company branched out from Europe into Asia and South America, using overland telegraphs and undersea cables. In the 20th century, it started to transmit news via radio.

So what’s the story with those pigeons?

It goes back to the early days of the company. In 1849, a Prussian State Telegraph line was finished running between Berlin and Aachen, a city located close to the borders of Prussia, Holland and France.

That’s where the Berlin line ended. The Paris telegraph line started in Brussels, 20 miles away. So in between Aachen and Brussels there was a 20-mile gap. Bridging it would bring the ability to quickly transmit stock and commodity prices between Paris and Berlin – a huge opportunity.

Reuter was the one who capitalized on it. His idea? Use carrier pigeons to ferry financial information between the two cities. One group flew from Brussels to Aachen each day (the birds were returned by train), and the other group flew from Aachen to Brussels.

Eventually, the telegraph line was extended and the pigeon service became unnecessary. But at a crucial time for Paul Julius Reuter, who was on top of exploiting new technology, he turned to the low-tech solution.

Homing pigeons have an incredible ability to return to find their way home over vast distances and return to their nests. So they were used to carry messages for thousands of years.

Legend has it that in ancient Greece homing pigeons were used to spread the word to various towns that their athlete had won an event at the Olympic Games. The townspeople thus had time to ready a celebratory welcome.

Carrier pigeons have even been honoured as war heroes. If you visit the Lille Zoo in France, you’ll see a monument that pays tribute to the 20,000 pigeons who served (and died) during World War I. The avian fleet transmitted intelligence information for the allies, and were often shot down just as a plane might be.

So in this digital information age, a tip of the hat to birthday boy Paul Julius Reuter and his pigeons. Seems like attaching a message to a bird’s leg was the original tweet.