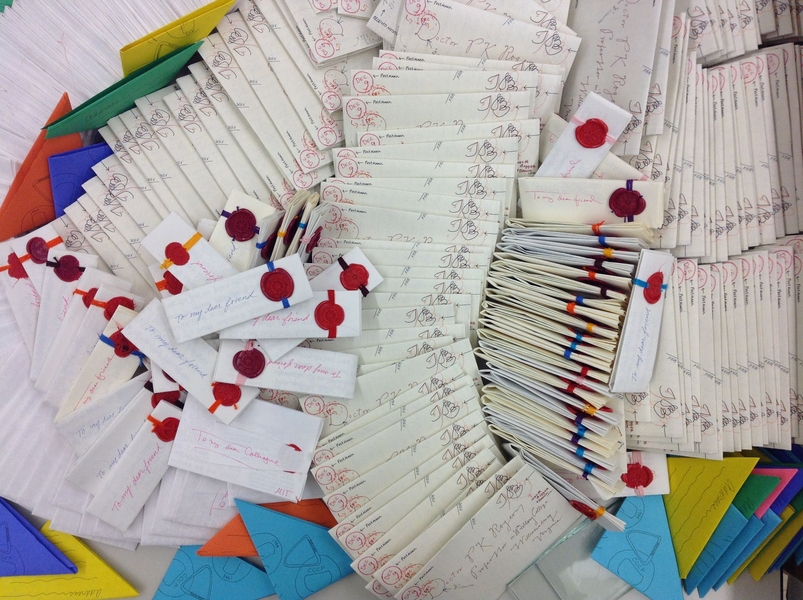 If you want to keep your information safe, passwords, firewalls and encryption can all do the trick. But do you think that will protect your messages for 324 years?

Here’s what did, for a letter dated July 31, 1697. That missive used a technique called letterlocking, where a flat piece of paper is secured through a system of folds, slits and tucks. The paper becomes its own envelope. It tears if not opened with great care, making it tamper-proof.

This week, the journal Nature Communications reported on how an international team of academics opened this type of sealed document virtually, using imagery from X-ray microtomography.

The team used an algorithm and the technology to generate high-resolution 2D and 3D reconstructions of the letterlocked paper, in folded and unfolded states.

“The letter is one of the most important communication technologies in human history,” states the journal article. “Letterlocking was an everyday activity for centuries, across cultures, borders and social classes. It plays an integral role in the history of secrecy systems, as the missing link between physical communications security techniques from the ancient world and modern digital cryptography.”

The 1697 letter (it had to do with getting a certified copy of a death notice, possibly related to an inheritance) comes from what’s known as the Brienne Collection. That’s a 17th century trunk of letters bequeathed to the Dutch postal museum in The Hague.

The trunk belonged to postmasters Simon and Marie de Brienne. It contained 2,600 locked letters sent from across Europe in the late 1600s and early 1700s to recipients in The Hague – a major centre of politics and trade. About 600 of the letters remain unopened.

Centuries ago, recipients were the ones who paid postage charges. If they didn’t want the letter, had moved away or were dead, postmasters usually destroyed the letter. Not the Briennes. They kept a trove in hopes that someone would pick them up and pay for them one day.

More than three centuries later, the trunk is part of an exhibit at the postal museum called “Signed, Sealed and Undelivered”.

“The trunk is a time capsule,” says David van der Linden, a history professor at Radboud University Nijmegen in the Netherlands. “It preserves precious insights into the lives of thousands of people from all levels of society, including itinerant musicians, diplomats and religious refugees. To read an intimate story that has never seen the light of day – and never even reached its recipient – is truly extraordinary.”

Clues in the folds

Of course, researchers could simply open the letterlocked correspondence the conventional way. But that would damage artifacts considered historic. Sometimes you need conservation for conversations.

Letterlocking has been around for at least 500 years. Jana Dambrogio, a conservator at MIT Libraries, came up with the term to describe the method. Her interest was piqued when she was a fellow at the Vatican Secret Archives, and saw examples of letterlocking from the 15th and 16th centuries, including one from 1494.

“Physical nuances in these letters may provide clues about the letter’s author, its recipient, and the historical importance of the subject matter,” says Dambrogio.

Some senders had such a distinct folding and locking style that it was as personal their fingerprint. You can find videos online that show this lost art.

Today’s efforts to keep our communications secret had a counterpart in low-tech letterlocking. Now, X-ray microtomography can reveal the contents while leaving the package intact.

History unfolds – even if the letter doesn’t.