Say Farewell to the Yell 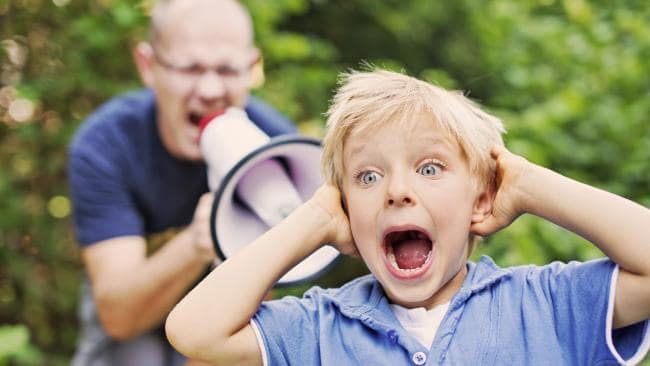 Does yelling ever work?

Plenty of people must think so. Because there’s no shortage of parents, spouses and bosses who feel their message will be better understood when the volume is high.

That includes sports coaches. After a few recent hockey firings, a debate has emerged about the interpersonal tactics – i.e. the rantings and ravings (and worse) – of the folks behind the bench.

So it’s worth looking at whether screaming at people, in any context, is a sound communications strategy. Research tells us that it tends to be not only ineffective but harmful.

A study from the University of Pittsburgh and University of Michigan, published in Child Development, looked at the damage caused by harsh verbal discipline (HVD) by parents. How do children react? The repercussions of HVD can include:

The study found that, psychologically, sustained verbal beatings can cause some of the same problems as physical abuse.

Would we tolerate any other people yelling at our kids the way we sometimes yell at them as their parents? For that matter, would we accept anyone yelling at us the same way?

You can see the possible impacts on kids. What about on adults in the workplace?

A survey this summer from Marketplace (business and economic news) and Edison Research found that 48% of workers have been yelled at by a co-worker. In a piece about the survey on Marketplace, Robert Sutton, a Stanford University organizational psychologist, says yelling creates a hostile work environment.

In the sports world, the old-school disciplinarian coach is an archetype. Yelling is common and seen as a motivator.

Yet as a piece on Deadspin (a sports blog) says, “Most coaches get away with it because yelling is a cheap and easy form of leadership. If you want to grab a player’s attention quickly, raising your voice usually does the trick. But in the long term, yelling is worthless…a shortcut, a sugar rush of discipline for leaders who are too weak and/or too lacking in creativity when it comes to helping players improve. Yelling represents a failure of imagination.”

A research paper from Brigham Young University, based on reflections from former athletes, found that yelling didn’t spur them to better performances. If anything, screaming coaches lost credibility.

It’s not just people that buckle from yelling. A new study revealed that berating animals is counterproductive too.

The research, led by Ana Catarina Vieira de Castro of the Universidade do Porto in Portugal, looked at the training of companion dogs. Two groups were compared: dogs that emerged from reward-based training (e.g. food treats or play) and dogs that experienced aversive-based training (e.g. yelling, physically manipulating the dog, or leash-jerking).

The second group exhibited more stress behaviours, and the saliva from those dogs showed elevated levels of the stress hormone cortisol.

I’m not perfect by any means. I’ve raised my voice at my kids plenty of times. And usually regret it. Anyone can lose their cool. But when the anger and urge is there, just take a breath and walk away.

What do we communicate when we yell? It shouldn’t take research to understand that in families, offices or sports, there’s a thin line between being a hard ass and a plain old ass.