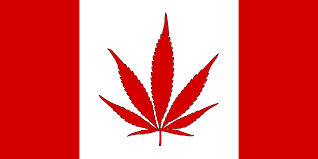 Today, cannabis legalization took effect in Canada. Setting aside the pros and cons of that decision, I was interested to come across two tidbits about the substance’s image-making in decades.

One had to do with the extent to which cannabis use was once discouraged, and indeed disparaged. The arguments were not so much rooted in health messages as they were tinged with racism.

As NPR reported, in the 19th century articles in medical journals and the media used the term cannabis to refer to the plant. That changed in the early 20th century in the U.S., at a time when much of the cannabis supply was coming into the country from south of the border.

“Marijuana came into popular usage because anti-cannabis factions wanted to underscore the drug’s ‘Mexican-ness’,” reported NPR. “It was meant to play off of anti-immigrant sentiments.”

Harry Anslinger, who became the first commissioner of the U.S. Federal Bureau of Narcotics in 1930 (it evolved into the Drug Enforcement Administration), picked up on those attitudes. In an article called “Marijuana prohibition was racist from the start”, the HuffPost noted what Anslinger said about the users of the day.

“There are 100,000 total marijuana smokers in the U.S., and most are Negroes, Hispanics, Filipinos and entertainers. Their satanic music, jazz and swing result from marijuana use,” stated Anslinger.

He also said that marijuana “leads to pacifism and communist brainwashing”, and was more dangerous than either heroin or cocaine.

That’s one look back at how the perception of cannabis was shaped. Another was a movie made in the same period when Anslinger was suggesting that the plant would lead to society’s downfall.

A church group financed the film, which was aimed at parents and was about the dangers of cannabis use. It was called Tell Your Children. When the movie was distributed to different regions, its title changed. It was known sometimes as Doped Youth, sometimes as The Burning Question and sometimes as – and this is the name that stuck – Reefer Madness.

While the movie was meant to be a sober look at the perils of cannabis, it took on another life decades later. In 1972, a lawyer named Keith Stroup came across a copy Reefer Madness in the Library of Congress archives. There was no copyright protection.

Stroup bought a print of the movie for $297, and started showing it at universities. He used the admission proceeds to fund his campaign. You see, Stroup was the founder of NORML – the National Organization for the Reform of Marijuana Laws.

One of the people who saw the movie then was Robert Shaye, who had a young company called New Line Cinema. Shaye got his own copy from a collector, and gave it national distribution. It became a cult classic. (And helped to propel New Line, which later was the studio behind The Lord of the Rings trilogy, the Austin Powers movies, Elf, and Dumb and Dumber, among others.)

The opening crawl of Reefer Madness said the audiences were about to see the “frightful toll of the new drug menace which is destroying the youth of America…a violent narcotic, an unspeakable scourge, the real public enemy number one.”

And now available at the government-sanctioned online or physical store of your choice across the country.

For good or ill? There are differing opinions. Maybe we’re in for more satanic music. Wherever you stand, Canada is now influencing the image of the herb too.