Now I Know my ABCs 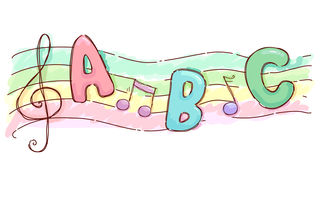 If I asked you to memorize a set of 26 items, you’d probably find it quite a challenge. And if you had to repeat them all in a specific order, with zero errors, it would be even more difficult. Yet children master that skill when they’re just a few years old.

It’s called reciting the alphabet. One of the reasons kids learn how to do it is the ABC song or the alphabet song, which has been in the news.

A YouTube channel called Dream English Kids altered the song slightly and the cadence of the letters, especially in the L-M-N-O-P part. Listening to it is a bit disorienting. This version came out several years ago, but received renewed attention after a recent Twitter debate erupted about it (most people hate the revamped song).

The passionate arguments reminded me about the power of music and memory. The simple tune of the ABC song (the same one as Twinkle, Twinkle, Little Star and Baa, Baa, Black Sheep), and the chunking of letters to the rhythm, helps toddlers to learn.

That’s true with songs in general. Why can we remember song lyrics so easily? I saw an explanation in a Wall Street Journal interview with Henry Roediger III, a psychology professor at Washington University in St. Louis. His research expertise concerns how knowledge is recovered from memory. Here are three nuggets from the WSJ article:

“Psychologists believe laws, stories and customs were presented as poems, chants and, eventually, as songs, in order for them to be memorized, and recalled, accurately. The idea was that the chant would help people to remember large sets of information across the ages,” Dr. Roediger told the WSJ.

That can work with anything. In the article, Dr. Roediger mentioned in passing how staff at Glenfield Hospital in Leicester got better at listing asthma guidelines and using them more frequently. It happened after Dr. Tapas Mukherjee sang the rules to the tune of “Breakfast at Tiffany’s” (a pop song by the ‘90s group Deep Blue Something).

You can check out a video of the song on YouTube. The effort won the British Thoracic Society Prize for Respiratory Education.

The alphabet song should get a prize for education too. Who doesn’t know it? It’s stuck in our heads forever.

For me, so are the lyrics to a zillion songs, certainly the ones from my high school years. I have install recall whenever I hear them again. Yet I routinely forget half the items on my to-do lists. Maybe I just need to set my errands to song.