Mining for a New Name 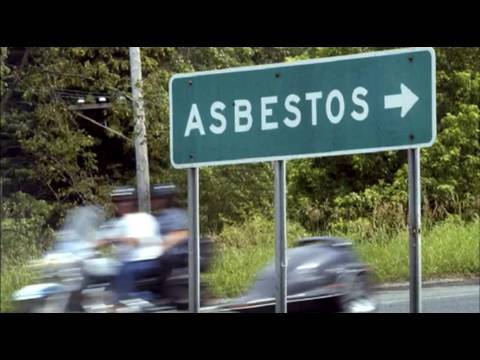 In retrospect, maybe it wasn’t a great idea to name your town after a fibre that’s highly toxic, illegal in more than 60 countries, and a cancer-causing agent. Such is the fate of Asbestos, Quebec, which is now going through an identity crisis.

The municipality, located in southeastern Quebec, was a centre of asbestos mining. Asbestos is a naturally-occurring silicate mineral, which is resistant to heat and corrosion. For years, it was used as a building material. The downside? Inhaling or ingesting asbestos dust can cause severe and permanent damage.

The town of Asbestos was thriving at one point, but after the mines closed was looking for a way to diversify – and escape its legacy.

It’s all about marketing and self-image. Earlier this year, the town council held a meeting with residents to discuss a possible name change. Mayor Hugues Grimard said that could be part of an economic recovery. Even while he wished that asbestos could be used today in a safe and controlled way.

“I’ve been a resident of Asbestos all my life. I’ve been around asbestos regularly, and I’m in perfect health,” Grimard said. “For me, it’s really on the level of perception, in terms of commercializing of our city, that we really have a problem.”

This September, the town council revealed a shortlist of candidates for a new name: Apalone (in honour of an indigenous species of turtle), Jeffrey (the surname of the entrepreneur who opened a mine by that name), Phénix (the mythical bird of rebirth) and Trois-Lacs (a local lake).

The choices were met with a lukewarm response. So council took another kick at it, revealing a new shortlist for an October vote: Phénix and Trois-Lacs are now joined by Jeffrey-sur-le-Lac (blue water now fills the Jeffrey mine’s open pit), L’Azur-des-Cantons (referencing the colour, a local lake and the mine’s reservoir), Val-des-Sources (valley of springs), and Larochelle (roche means rock in French).

For cities and towns, place names can be fraught. And not just because they might be named after historical figures who later prove to be controversial.

For instance, in 1916 the city of Berlin, Ontario changed its name to Kitchener due to anti-German sentiment during World War I.

Speaking of wars, last year a neighbourhood near Denver changed its name to Old Cherry Hills. The old name didn’t appear on any signs, but was used in real estate documents. Which was problematic as the neighbourhood was called Swastika Acres.

The area was once home to the Denver Land Swastika Company, which had the name before the Nazis took the swastika as their symbol. (Swastika is derived from a Sanskrit soundalike word.) Why it took until 2019 to make that change, who knows?

Then again, the town council of Swastika in upstate New York just voted unanimously – in September 2020 – to keep its name, which goes back to the 1800s. The town supervisor, Jon Douglass, said: “We regret that individuals out of the area, that lack the knowledge of the history of our community, become offended when they see the name. To the members of our community, it is the name that their ancestors chose.”

Meanings can change over time, of course. That’s not quite the brand I’d stick with. So to the people of Asbestos, Quebec, it could be worse.

Some residents there, despite the connotations, don’t want to abandon their longstanding name.

“I’m against the name change,” resident Ginette Frichette told a reporter. “I was born in Asbestos and I want to die in Asbestos.”

Better than dying from it, I guess.