Journalists, Let There Be Light 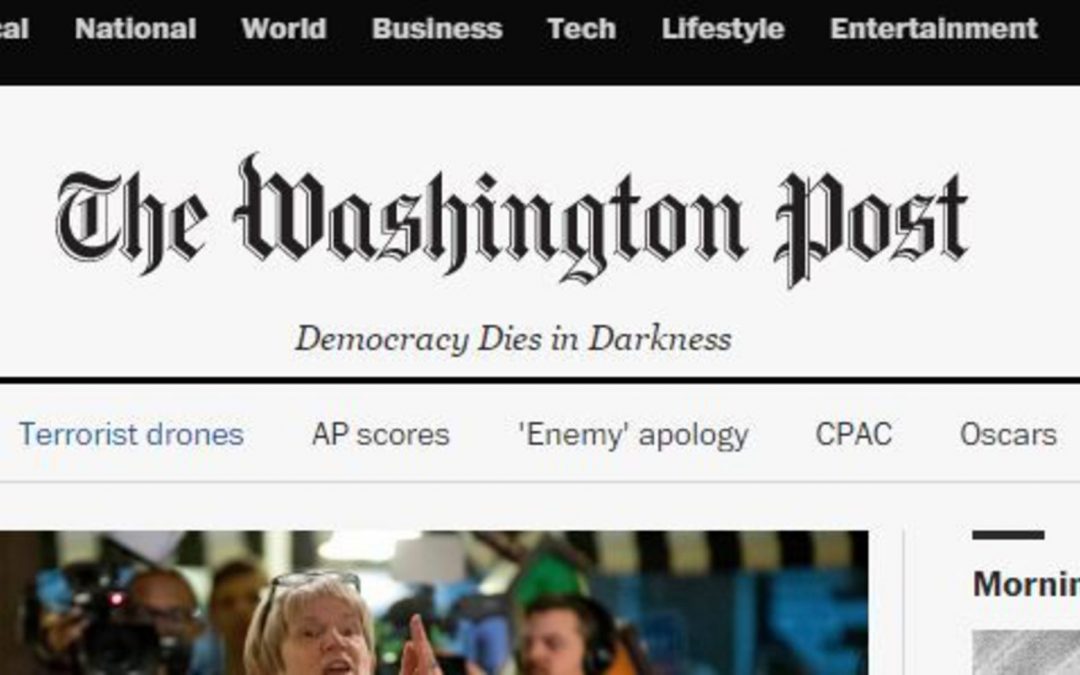 Newspapers have slogans for the same reason any brand does. To capture an identity and a promise. Slogans describe what you’re about at your essence and the benefit you deliver to consumers.

In February, the Washington Post unveiled its new slogan: “Democracy dies in darkness”. What does the Post’s move say about the role of newspapers in 2017?

The line has generated buzz among other media. A column in USA Today was headlined “Slogans state a newspaper’s truth in changing times”. Huffington Post said that the slogan reinforces (and reminds audiences) what journalism really stands for.

Meanwhile, the online journal Slate said “it sounds like a catchphrase more befitting a doomsday prophet than a daily newspaper”. Poking fun, Slate listed 15 metal albums with titles less dark than the Post’s slogan. (Sample: All Hope is Gone by Slipknot.)

Many newspapers have slogans. Probably the best known comes from the New York Times: “All the news that’s fit to print”. That one has appeared in the newspaper since 1897, setting the Times apart from the sensationalist and inaccurate reporting of some its competitors.

Some newspaper slogans are so trite as to be meaningless:

If the same slogan could just as easily fit a coffee shop, bank or corner store there’s no real sense of mission. Such banal lines are a far cry from the urgency expressed by the Post’s new slogan.

In Canada, the Globe & Mail is running an ad campaign around the slogan “Journalism matters”. The New York Times unveiled its new ad during the Academy Awards: “The truth is more important now than ever”.

It always has been. When Jeff Bezos bought the Washington Post, he talked about the idea that has now become the newspaper’s slogan. Said Bezos: “I think a lot of us believe this: that democracy dies in darkness, that certain institutions have a very important role in making sure that there is light.”