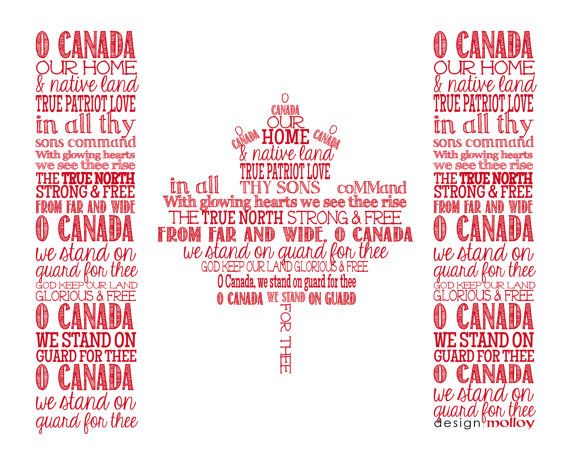 Fifty years ago, in March 1967, “Ruby Tuesday” by The Rolling Stones and “Penny Lane” by The Beatles were high on the music charts. Two enduring anthems. Yet you’ve probably heard and sung another anthem from that era much more often: “O Canada”.

Wait, “O Canada” is only 50 years old? Actually, our national anthem is both a lot older and a lot younger than many people realize.

It was first performed in 1880, 13 years after confederation. The original lyrics were in French. There have been different English versions, and the current one wasn’t officially proclaimed as Canada’s national anthem until 1980.

However, another date is relevant. March 15, 1967 was the date when a Special Joint Committee of the Senate and House of Commons approved “O Canada” as our national anthem.

The 50th anniversary got me thinking about national anthems from a messaging standpoint. Do they reflect a country’s brand? If a country was a corporation, why is a national anthem (its jingle) significant as a communications tool?

To help answer these questions, I reached out to Alex Marshall. He’s a British journalist, and in 2015 he published a book called Republic or Death!: Travels in Search of National Anthems.

“This is going to make me sound like an advertising executive, but the anthems people most relate to are the ones that are fun to sing,” Marshall says. “They’re fast, operatic, and over-the-top. Think of France’s ‘Marseillaise’ or any anthem from South America. So that’s what a country should look for: music with drive and passion.”

“You shouldn’t get hung-up over the lyrics. That’s something I imagine advertisers would focus on, but there’s evidence that the words are largely irrelevant. France’s ‘Marseillaise’ is bloody, violent, outdated, but it still means something to people due to its history and for the purely symbolic value. If you have a great tune, it’ll acquire its own meaning over time, whatever the words.”

Anthems can be epic (Greece’s has 158 stanzas) or succinct (Japan’s has just four lines), but in some way the lyrics do convey a sense of a country’s hopes, dreams, struggles, triumphs and national identity. And all in about a minute. That’s the power of song.

“An anthem is so important as it’s one of only two things that actually represent a country,” Marshall told me. “You have a flag, and you have an anthem, and the anthem is the only one with words. So it’s a symbol people unite around instinctively at times of crisis or triumph for a nation.”

In many cases, the words explain a country’s ideals. “That can be vital,” says Marshall, “whether it’s saying simply, ‘We’ll stick together’, or something more complex like, ‘We’re a country of diverse people’.”

He points to South Africa’s anthem, which Nelson Mandela crafted to contain five languages, and feature both the old apartheid anthem and the anti-apartheid hymn.

“That message is so obvious, and has arguably helped create the multi-racial country South Africa is today,” says Marshall. “At every international sports event and every school that message is made clear, and people are reminded of how they’re meant to live.”

Marshall has particular praise for South America’s anthems. The title of his book refers to the anthem of Paraguay, “República o Muerte”. Those three words, he writes, “say more about what is meant to be at the heart of nationalism than entire books on the subject. They encapsulate that desire to fight…for your land, that need to keep what’s yours forever.”

In other words, “O Canada, we stand on guard for thee”.