If Your Mother Says She Loves You, Get a Second Source 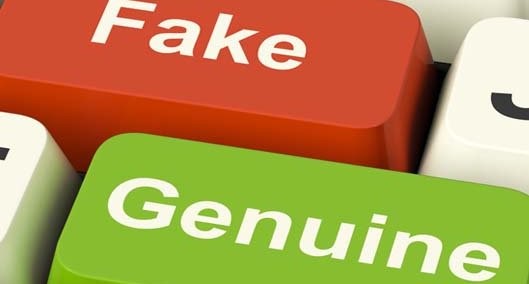 You may have heard the old saying in journalism: if your mother says she loves you, get a second source. It gets at the heart of a key question. Who do we have more faith in? The people we know, or independent sources of information?

“Consider the source” is a useful guideline when evaluating the reliability, veracity and objectivity of information. When we get news through the filters of social media, not directly from a primary source, what’s the influence of the intermediary?

A recent U.S. study looked at the impact of trust. The study was done by the Media Insight Project (an initiative of the American Press Institute) and the Associated Press-NORC Center for Public Affairs Research. For it, they created a simulated Facebook post about actual health news, with an accompanying article headlined: “Don’t let the scale fool you: Why you could still be at risk for diabetes.” This was presented to a sample of almost 1,500 adults.

Earlier, the participants had identified public figures they trusted to greater and lesser degrees. In the experiment, the post was shared by one of these figures, like Oprah, Dr. Oz and the Surgeon General. There were two wrinkles.

First, for half of the subjects in this study the sharer was a person they trusted. For the other half, the sharer was someone they said they didn’t trust.

Second, the health article was genuine and had run on the Associated Press website. However, for half the sample the source was identified as the AP, and for half it was labeled as the DailyNewsReview.com (which was fictional).

Who do you trust? In a previous study by the Media Insight Project, Facebook news consumers claimed they place much more importance on the original reporting source than on the reputation of the person who shared the material.

This experiment, however, showed the opposite. The people who saw the post from a person they trust were more likely to:

Remember, the article was identical in all cases. The only variables were the sharer and the supposed source.

Who’s involved in the transaction?

So trust matters. But not necessarily trust in the originator of the information.

As the experiment found, opinion (feelings about the sharer) can trump facts (content of the article).

For anyone in media or communications, it’s a great asset to be seen as trustworthy. Yet as information consumers, our reactions are complex. Because others are involved in the transaction.

More questions. Are you consuming fake news? Genuine news? Is it coming via genuine friends? Or fake friends with an agenda? How do you know?

Consider the source. That’s always important. The issue these days is who we actually consider to be the source, and how that ultimately affects our perception of information.