Happy 60th to Three Lines and a Circle 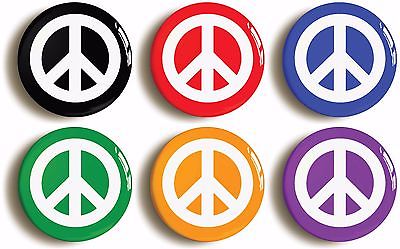 Three lines inside a circle.

The BBC has called it the world’s best-known protest symbol. A book called Symbols: A Universal Language describes it as iconic, and says few emblems, period, have achieved global recognition on its scale.

You can draw an accurate version in about 1.5 seconds. It’s that easy. Sometimes the most powerful messages, whether verbal or visual, are minimalistic. But being simple can be hard. So it was for this image, created in England exactly 60 years ago.

In February 1958, Gerald Holtom was a 44-year-old professional designer. And he was struggling with an assignment. More than that, “I was in despair,” he wrote.

Why was Holtom so anguished? Because of the gravity of his task. He wasn’t working for a corporate client, but for a cause. On Easter weekend that year, the Direct Action Committee Against Nuclear War would be holding a march from London to Aldermaston. That’s where the Atomic Weapons Research Establishment was housed.

Holtom was asked to work on the signs that the protesters would carry. He wanted to craft a distinct image to denote the movement.

He drew an abstract representation of himself, which became just lines meant to evoke a human form with arms sloping away and down, palms out. Despair. Around the lines he drew a circle.

His symbol gained a dual meaning. Those lines also represent two letters, an N and D, in stylized semaphore shapes.

The semaphore telegraphy system is used at sea, where flags can be seen and decoded at a distance. A signal person holds two flags in a variety of positions, which represent letters or numbers. In his circle, Holtom overlapped the position for an N (both flags held down and angled from the body) and a D (one flag pointing up and one down).The N and D stood for nuclear disarmament.

Holtom’s image graced banners during the march. It also became the logo for the Campaign for Nuclear Disarmament (CND), and remains so to this day. It’s more than that, used far beyond a single organization to represent an ideal: the peace symbol.

It has been used for reasons never intended, to sell everything from t-shirts to jewellery. Yet its meaning is crystal clear. Shepard Fairey, the street artist and graphic designer who created the Obama “hope” poster, says “It brings to mind an activist movement whose energy and tactics created a widespread shift in the culture.”

Fairey calls Holtom’s creation “the graphic icon that taught me the power of an easily recognized and reproduced symbol.” That’s how three lines and a circle came to mean peace.

When Holtom died in 1985, the symbol was carved into his gravestone. On it is inscribed these words: campaigner for peace.

Holtom presented his work on February 21, 1958. He didn’t charge for or trademark the symbol, and it has been used universally ever since. How many organizations willingly share their logo? As CND states, “It has quite deliberately never been copyrighted. No one has to pay or to seek permission before they use it. A symbol of freedom, it is free for all.”