Free Your Mind with Oodles of Doodles 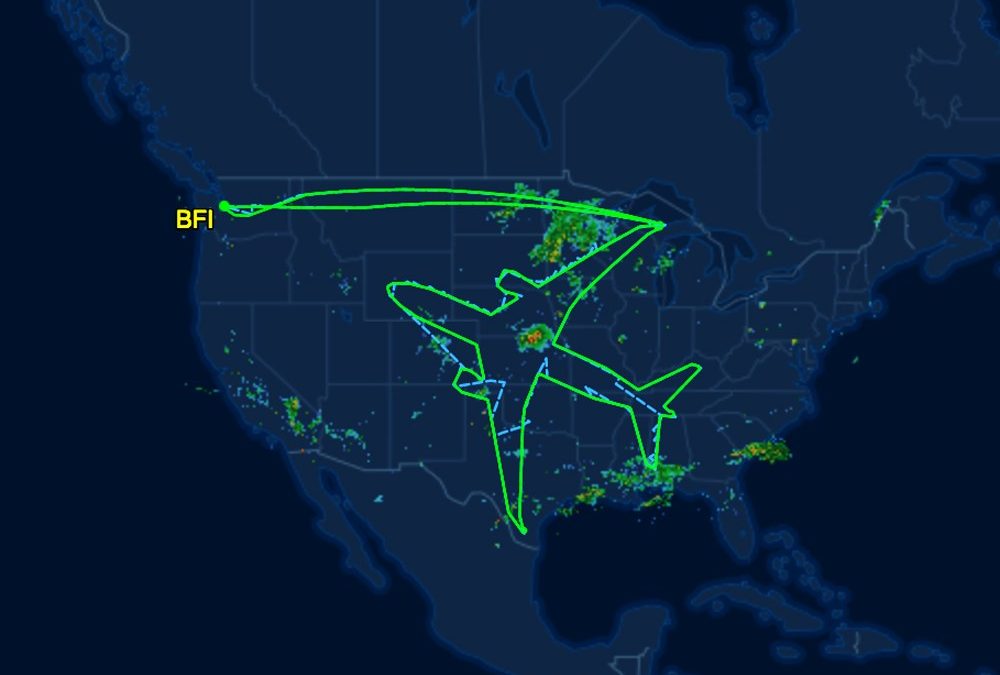 Ever doodle at work? Probably not like this pilot.

In 2017, he took a new Boeing 787-8 Dreamliner into the air for an 18-hour test flight. This was to check its endurance. Instead of taking a typical flight path, the Dreamliner pilot decided to make a distinct pattern in the sky. It was evident only on radar. All the plane’s turns ended up tracing the outline of a giant plane covering 22 states, with the image’s wings spanning from Michigan to Texas.

As a form of expression, doodles can get a bad rap. That’s because we often make these simple images while we’re supposed to be doing something else, like listening during a meeting or talking on the phone: the doodle as distraction.

The word doodle is believed to originate in the early 17th century from the German dudeltopf or dudeldop, meaning simpleton or noodle. The term came to mean a fool. Using doodle to describe idle scribbles was no compliment.

The fun of doodling aside, research shows that the act may be the opposite of distracting. It can sharpen our focus.

A Harvard Medical School blog reported on an experiment where people were exposed to a lengthy, boring and rambling voice mail. The psychologist leading the study asked half the group to do nothing , and the other half to doodle while the message played. The groups didn’t know the point of the exercise. After, the groups were tested on their recall of the voice mail.

There was a big difference in their memories. The group that doodled recalled 29% more details. Why? One theory is that doodling is a strategy to stay alert when we’re bored. It keeps our brains on without the need to pay total attention. Among the group that didn’t doodle, minds wandered.

On the flip side, doodling can also free our minds. Fast Company noted a study from Drexel University, which used scanning technology to measure blood flow in the brain while people doodled and drew. The team observed increased blood flow to the area of the prefrontal cortex associated to feelings of reward (doodling caused the greatest increase).

It’s not surprising the creating art (even a modest doodle) is pleasurable. Doodling also had spillover effects. The Drexel study found that participants felt more creative after doodling, better equipped to solve problems and generate ideas.

Sunni Brown, author of the book The Doodle Revolution, told The Atlantic that “You can use doodling as a tool to change your physical and neurological experience, in that moment.” It’s a process of discovery.

Sometimes doodles can spark ideas so big that they change thinking, or transform entire fields.

The notebooks of Leonardo da Vinci include doodles on the concepts of friction and laws of physics. In 1963, a mathematician named Stanislaw Ulam developed a graphical depiction of the set of prime numbers (the Ulam Spiral) while doodling during a dull presentation at a math conference. We have something in common. I, too, often doodled during math class. More like cartoons than calculations.

Speaking of cartoons, before the first Toy Story movie came out the four chief creative minds at Pixar met for lunch at a restaurant called the Hidden City Café. They wanted to talk about next projects. The quartet brainstormed ideas, and legend has it that they sketched out a series of characters on napkins: an insect, a monster, a fish and a robot.

The doodles created that day were the seeds that grew into the movies A Bug’s Life, Monsters Inc., Finding Nemo and WALL-E. Total global box office: $2.4 billion.

Not a bad payback from some simpleton scribblings.