Enough About Me…Let’s Talk About Me 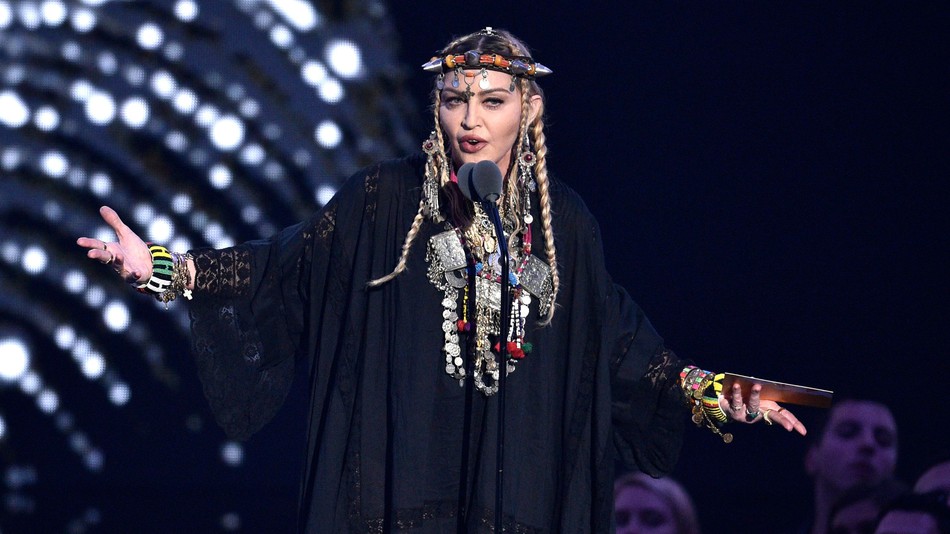 Two hours and 20 minutes into a two hour and 30-minute show, the 2018 MTV Video Music Awards finally took the time to pay homage to Aretha Franklin. That was enough of an insult. Then it got worse.

Franklin had died just four days earlier. Madonna came out and proceeded to tell a meandering and lengthy story about an audition early in her career, when she sang an Aretha Franklin song. The tale had nothing to do with Franklin’s towering career, about any personal interactions with or lessons from Franklin, or about the Queen of Soul’s qualities. It was all about Madonna.

The media coverage was swift and brutal. Madonna was accused of disrespecting Franklin, rambling and offering a bizarre tribute that was all about herself.

If you were counting, Madonna referenced herself 72 times in her remarks and Aretha Franklin just four times.

Madonna’s ill-advised speech shouldn’t have been so surprising. She was engaging in what sociologist Charles Derber called “conversational narcissism” in his 1980 book The Pursuit of Attention: Power and Ego in Everyday Life.

He felt it was rampant. Sometimes, the narcissism is obvious. When you talk to certain people, it isn’t a dialogue; it’s a monologue. They don’t ask you questions. They show little interest in your opinions and experiences. Conversational narcissists have an ability to steer any discussion, no matter what it’s about, back to their three favourite topics: me, myself and I.

We probably all know people who do it, in our personal or work lives. Maybe we do it too. Conversational narcissism can also happen in subtle and seemingly innocent ways. We can be well-intentioned but still self-indulgent.

Celeste Headlee, author of We Need to Talk, gives an example. Her book was about having conversations that matter. She described how she once tried to comfort a friend whose father had passed away. Headlee said “I know how you feel”, and started talking about her own late father. Her friend walked off in anger.

Why? Headlee realized that she had made herself the centre of the conversation. She said, “When you say you know how someone feels, it’s as though you’re saying ‘You don’t need to say anything else – I already know. It’s condescending, it’s presumptive and it’s diminishing.”

Why can’t we resist talking about ourselves?

If conversational narcissism reflects poorly on us, why do we do it? That’s what psychologist Adrian Ward explored in an article in Scientific American.

He noted research that shows people spend (on average) 60% of conversations and 80% of their time on social media talking about themselves. The simple reason: because it feels good.

That’s because of what’s at play neurologically. Ward described a study at Harvard’s Social Cognitive and Affective Neuroscience Lab. Using functional magnetic resonance imaging (fMRI), researchers wanted to look at what happens in our brains when we talk about ourselves. Would it correspond with increased neural activity in areas of the brain associated with motivation and reward?

At first, the researchers asked participants to discuss their own opinions and personality traits, and also the opinions and traits of others. There were higher levels of neural activation during the self-focused conversation than in the other-focused talk. In essence, self-disclosure may be biologically gratifying.

Ward said the experiment prompted a follow-up. If talking about ourselves is pleasurable, does it even matter if anyone is listening?

So the researchers went at it again. Here’s what happened.

Madonna came across as full of herself in turning an Aretha Franklin tribute into a Madonna tribute. Yet perhaps she didn’t even need the television audience (or any audience) to have an enjoyably narcissistic conversation. She could just as well have talked to a wall.

Maybe we’re wired to be narcissists, to one degree or another. As Ward notes, talking about ourselves is a way to create social bonds (that’s a survival instinct) and foster personal growth. Feeling good about it, he says, can be our brain’s way of encouraging self-sharing.

Still, resist the impulse to make it all about yourself, all the time. When talking, devote genuine attention to the topic at hand. Focus on the other person. Listen as much as you speak.