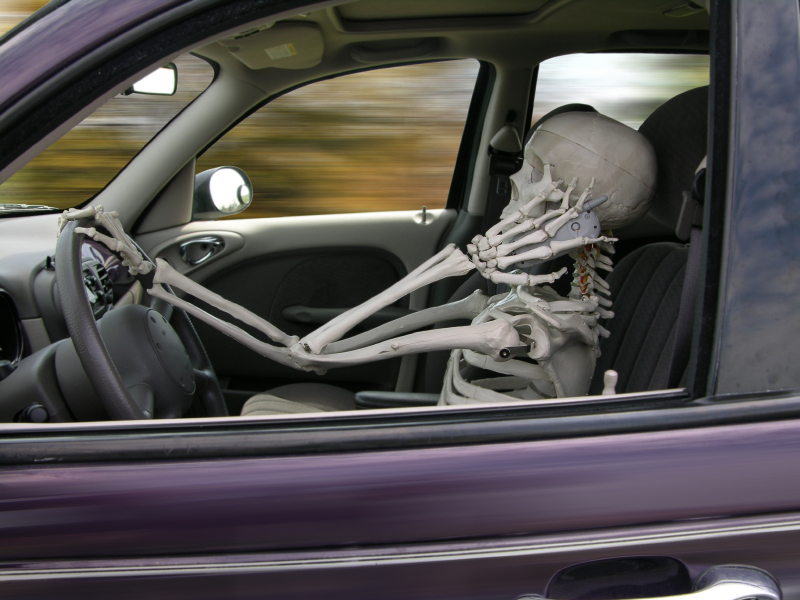 In the car, conversations can kill.

Just last month, a woman driving in Ohio lost control of her vehicle, which overturned after she drove into a ditch and a wire fence. Her 10-year-old son, a passenger, was killed. Police say the mother was on her phone at the time of the one-car crash.

It’s not an isolated incident.

One study says that almost 80% of collisions involve some form of driver inattention in the 1-3 seconds prior. The Insurance Bureau of Canada reports that almost 75% of Canadians admit to driving distracted. As they ask, is DWD (driving while distracted) the new DUI?

We all know that distracted driving is a problem. But do you understand precisely why talking on your mobile – as opposed to chatting with someone else in the car – is so dangerous?

Appreciating the reasons can perhaps help to curb a perilous habit.

I once had to write about the topic, and interviewed a road safety expert. He explained precisely where the risk lies. Being immersed in any conversation could be distracting. For drivers, the problem is having a conversation with someone who is not in the car.

It’s not about your hands

Are hands-free calls safer? Nope. Holding an object in itself isn’t necessarily a risk. The law doesn’t require us to use two hands on the wheel at all times.

Canada’s Traffic Injury Research Foundation notes that legislation prohibiting certain distractions can have an unintended impact. The laws can implicitly suggest that other distractions are, in fact, safe.

In simulations, people who used hands-free and hand-held phones were both (and often equally) poor at staying in their lanes, making exits, braking on time and maintaining a consistent speed.

Talking on the phone, period, affects driving in way that’s similar to driving drunk. We wouldn’t prohibit a driver from holding a glass of alcohol, yet allow someone else to pour the drink down their throat. Hands aren’t the issue. The conversation is.

Drive sober in every way

This is National Road Safety Week in Canada, May 16-22. The Canada Safety Council is using it to point out the dangers of distracted driving. Calls aren’t the only culprit. Many drivers also juggle food, fidget with the radio or GPS, or shave or put on makeup behind the wheel. Any of these distractions can slow down reaction times and impair judgment.

A safety expert I once talked to said we should all drive sober all the time. He didn’t mean sober only in the sense of don’t drink and drive. But being sober as in serious or solemn. That conveys the gravity of operating a vehicle.

Tom Vanderbilt, author of the book Traffic: Why We Drive the Way We Do, mused about the best possible car safety instrument. He said facetiously that it would be a dagger on the steering wheel, aimed at the driver. Quite an incentive to drive safely.

Even better, just wait until you’re stopped to use the phone or don’t answer incoming calls. It won’t hurt as much.