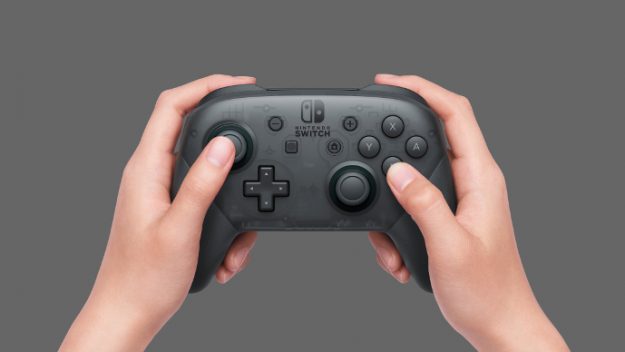 The stories we immerse ourselves in can entertain, enlighten and enthrall us. Can they also set us down an evil path?

It’s a question that some people raise in the wake of certain bloodshed. Aha – video games are to blame. Or maybe violent movies.

The theory is misguided. Maybe it’s willfully ignorant. Because there’s little to suggest a causal connection between violent media content and violent acts.

Earlier this year, researchers at the Oxford Internet Institute, University of Oxford published a study on the topic in Royal Society Open Science. It used subjective and objective data, and was one of the most comprehensive studies of its type. The bottom line: no link whatsoever between violent video games and real-life aggression.

Many other researchers have come to the same conclusion. One of the most experienced is Christopher Ferguson, a psychology professor at Stetson University in Florida. He has studied violent video games for 15 years. What does he say to policy-makers who try to link them to mass shootings? “No evidence,” states Ferguson.

He notes different strong correlations. Like the fact that releases of popular violent video games are associated with substantial and immediate drops in violent crime.

Other researchers have detected major flaws in studies that suggest video games promote violence. Dr. David Zendle, of the University of York in England, talked about that in 2018 with CBC Radio’s Quirks & Quarks.

Zendle pointed to old studies that typically compare two groups, one playing a violent video game and one playing a non-violent game. Some studies reported that the group playing the violent game subsequently demonstrated more aggressive thoughts and behaviours. However, Zendle said there are huge problems with the methods used in those studies.

He explained that the violent games tended to be harder to play, with more complex controls. So users were simply more frustrated when they finished. It wasn’t the content that caused aggression; it was the irritation with the game itself.

You can just as easily find studies showing that video games (including violent ones) help to increase cognitive skills like spatial navigation, reasoning, memory and perception. Those were the findings of one meta-analysis published by the American Psychological Association.

This isn’t about defending violent video games. It’s about debunking the myth that such games contribute in any material way to violent actions.

If that argument was true, by the way, it wouldn’t be used so selectively. As the New York Times reported this week, Dr. James Ivory or Virginia Tech will soon publish a study of 6,814 news accounts of mass shootings. Looking at school shootings specifically, Ivory says that video games were more than eight times as likely to be brought up when the shooter was white than when the shooter was black.

So what’s really to blame for violence like mass shootings? There’s no single answer or catch-all solution. But politicians and commentators who target violent media are being disingenuous. The scapegoating narrative they push avoids the more obvious place to start taking action.

After a mass shooting in her home state on the weekend, an Ohio representative named Candice Keller offered a laundry list of blame on a Facebook post. She mentioned, in no particular order: video games, the breakdown of the family, drag queen advocates, gay marriage, recreational marijuana, failed school policies, professional athletes who hate the anthem, and snowflakes. Place the blame where it belongs, said Keller.

Okay then. What’s missing from her list? What could it be?

If you’re really looking for something to blame about how societies fall apart, focus on this narrative: violent rhetoric, disregard for norms, corrosive behaviour, partisanship and pandering, lack of compromise and short-sighted leaders.

Think that characterizes a 21st century nation? It’s actually from a Smithsonian article last year discussing the book Mortal Republic: How Rome Fell Into Tyranny, which described the period from 130 B.C. to 27 B.C.

Wonder what video games were circulating in ancient Rome.