Don’t Get Stuck on Band-Aids 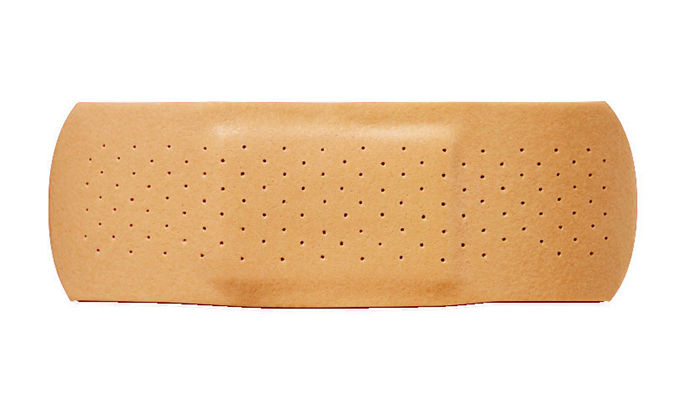 Bearing witness. That’s what happens at protests. It’s the original meaning of the word. Protest comes via the Latin protestari, from pro (forth, publicly) and testari (assert). Think of the root testis (witness), which also gives us testify and testament.

People on the streets, and beyond, are demanding action around injustice, inequality, discriminatory practices, and biases within institutions. They have witnessed enough.

In the wake of the Black Lives Matter protests, corporations have scrambled to say and do the right thing. What do their announcements amount to?

Brands and media companies are speaking out on social justice issues. In the U.S., AdAge regularly updates a blog tracking their responses. They tend to fall into five categories:

The real measure of progress is action. For now, the efforts of many of these same companies have been met with faint praise.

Why? The Daily Beast, for one, called out a number of corporate giants for hypocritical messaging. Among them, Amazon and Nike.

Nike, which ran an ad calling for change, was knocked by The Daily Beast for “operating sweatshops that paid below minimum wage, using shell companies to dodge taxes, and backing the Chinese government’s erosion of democracy in Hong Kong.”

Then there are the social media companies. A New York Times piece said that while Facebook, Twitter and YouTube say they support racial and social justice, their products undermine it.

From the article: “Some of the loudest and most established voices on these platforms belong to commentators and paid provocateurs whose aim is mocking and subverting social justice movements, rather than supporting them. The result is a distorted view of the world that is at odds with actual public sentiment.”

The Times said that social media platforms have been weaponized by racists. And if these platforms donate to progressive causes? “It’s as if the heads of McDonald’s, Burger King and Taco Bell all got together to fight obesity by donating to a vegan food co-op, rather than by lowering their calorie counts.”

The belated recognition comes for a brand that dates back to 1889.

Others are tweaking their brands. Unilever just announced (after receiving two petitions) that they’ll rename Fair & Lovely, a skin-lightening cream sold across Asia. The petitions asserted that the product promotes negative stereotypes around dark skin tones, and the idea that lighter is more appealing.

Sunny Jain, President of Beauty and Personal Care at Unilever, said: “We recognize that the use of the words ‘fair’, ‘white’ and ‘light’ suggest a singular ideal of beauty that we don’t think is right, and we want to address this.”

Earlier in June, they applauded themselves for announcing the launch of Band-Aids in “light, medium and deep shades” of brown and black skin tones. “We hear you, we see you, we’re listening to you,” Band-Aid wrote on Instagram.

The move arrives 99 years after the Band-Aid brand was born. One critic suggested another way to make amends: pull the traditional Caucasian “flesh-coloured” Band-Aid for the next 99 years.

As marketers and other companies grapple with responding to the BLM movement and racial disparities, what matters the most?

The New York Times talked to several black executives about how and where companies can do better. Like having more diverse supply chains. Broadening their talent pipelines. Paying people more fairly. Mentoring minority staff for senior roles. And publishing their diversity numbers at all levels.

Yet when it comes to meaningful moves, many organizations fall well short.

As the Times said: “Many of the same companies expressing solidarity have contributed to systemic inequality, targeted the black community with unhealthy products and services, and failed to hire, promote and fairly compensate black men and women.

As for the words of support from companies? The article quoted Dorothy Brown, a law professor who studies economic injustice at Emory University in Atlanta. “Most of these corporate statements,” she said, “were put together by the marketing team that was trying not to offend white customers and white employees. It’s complete B.S. It’s performative.”

Is this a reckoning?

Experience and American history have taught Brown to be cynical. The U.S. may be the hotbed for this discussion, but Canada isn’t immune. We can debate the causes and extent of systemic racism, but not the existence of it. If you doubt that, ask the people with the lived experiences.

According to the Race Relations in Canada 2019 Survey, 81% of Canadians say that race relations in their own community are generally good. Yet 54% of black and 53% of Indigenous respondents report ongoing race-related discrimination.

Will this moment in time lead to a material change around social justice and systemic racism? I’ll ask another question. Did the #MeToo movement eradicate sexual harassment and sexual abuse? It shone a light on it, and was a reckoning, but there is much work to do.

Back to Johnson & Johnson. The company has made a lot of best place to work lists, and touts their diversity efforts. Still, Francine Parham, a black woman and a former VP there, sued Johnson & Johnson a few years back. She alleged a corporate culture of discrimination.

Parham, who had sterling performance reviews, said she was demoted while less qualified white employees were promoted. FYI, Parham was no stranger to the company’s employment practices; she was a VP in human resources.

Maybe the company has done better, maybe it has a long way to go. I don’t know. What I do know is that we shouldn’t confuse days of progress, and a reaction to public pressure, with structural and lasting changes. The jury will be out for a long time.

What’s clear is that people are testifying now. And Band-Aid solutions are never enough.