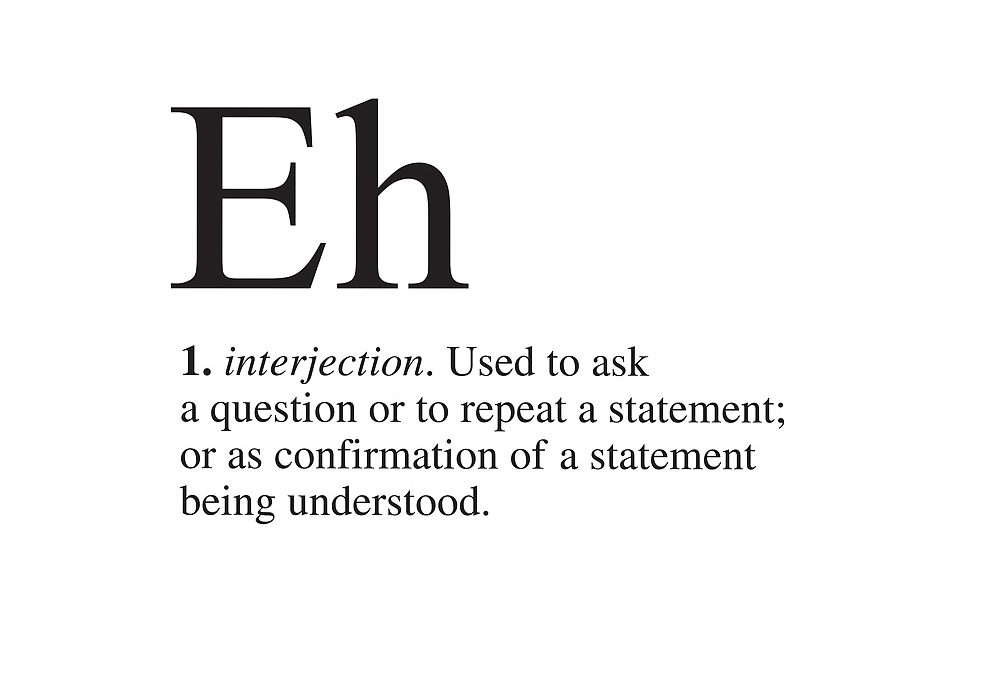 Does Canada have a dialect that’s distinct, apart from the stereotypical “eh”.

Rummaging through my collection of books on language, I grabbed a title called Only in Canada, You Say from Katherine Barber. She compiled it when she was editor of the Canadian Oxford Dictionary. Barber gathered words that are uniquely or strongly associated with Canadian English. Sometimes it’s not the word itself but the meaning that’s particular to Canada.

The book includes more than 1,200 entries. As Barber says, we can understand a lot about ourselves by our colloquial language.

In honour of Canada’s 150th anniversary, here’s a sampling – 24 words, running through the alphabet. (There are no X words on Barber’s list and just a few Y words, and 24 is appropriate – see #20.) Did you know these were Canadianisms?

1. Allophone – a new Canadian whose first language is neither English nor French (used especially in Quebec).

4. Double-double – cup of coffee with a double serving of both cream and sugar.

5. Eavestrough – the gutter to collect runoff from a roof.

8. Humidex – a scale indicating the feel of the combined heat and humidity.

9. Ice bridge – formation of ice across a river solid enough to support traffic.

10. Jumpsies – a form of skipping where a circle of elastic looped around the ankles of two participants.

11. Kermode – sub-species of the black bear.

13. Muskoka chair – slatted wooden chair with a fan-shaped back and broad arms.

14. Niner – slang for a student in his or her first year of high school.

15. Ogopogo – an aquatic monster alleged to live in Okanagan Lake.

18. Ringette – a game resembling hockey played with a straight stick and rubber ring.

19. Spinarama – an evasive move in hockey consisting on an abrupt 360-degree turn (not to be confused with dipsy-doodle).

21. Utilidor – enclosed conduit carrying water, sewage and electricity between houses in settlements built on permafrost (blend of utility and corridor, used in the north).

22. Voyageur – a canoeist employed by merchants to transport goods.

23. Windrow – a ridge of snow heaped along the side of a road by a plow.