Do Brands Memorialize or Trivialize Tragedies? 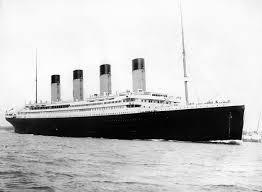 A few weeks ago in upstate New York a limousine crashed and killed 20 people. Among them were newlyweds and four sisters. What if I told you that another local limo company was now offering a deluxe package. People could reserve the same type of vehicle, and travel along the same roadway to the same spot where the horrific accident occurred.

Bad taste, to say the least. What kind of insensitive company would market such a trip?

Nobody would. And yet, Australian shipping company Blue Star Line is coming close.

They originally revealed their grand plan in 2012. After delays, they just announced a launch date. By the year 2022, Blue Star will build and set sail a replica of the Titanic, following the same route as the original: Southhampton, England to New York City,

In the early hours of April 15, 1912, on its maiden voyage, the RMS Titanic sank in the North Atlantic after hitting an iceberg about 640 kilometres off the coast of Newfoundland. Just over 1,500 lives were lost. Now’s your chance to re-live that unforgettable cruise on the Titanic II.

In a statement, Blue Star Line said it will “create an authentic Titanic experience”. The new ship will be the same size and have the same interiors and cabin layout as the original. In case you’re worried, Blue Star says Titanic II will have the highest safety standards and enough lifeboats for everyone onboard. Yes, they really announced that.

Is re-creating a tragic trip, maybe down to sailing right over the watery graves of the Titanic victims, really a stroke of marketing genius? What’s next, some airline offering flights on the Hindenburg II blimp?

Companies should tread lightly when doing anything public related to a tragedy. Making a corporate donation to relief groups after a natural disaster? Great. Exploiting an event to tout your brand? Not cool.

For instance, the morning after the Boston Marathon bombing in 2013, Epicurious ( a food site) went on Twitter and sent this: “In honor of Boston and New England, may we suggest whole-grain cranberry scones.”

A few years ago Miracle Mattress in San Antonio, Texas decided to have a 9/11 sale. They ran a TV ad that showed two piles of mattresses. You know, like the Twin Towers. Then one of the staff talks about putting all mattress sizes on sale for a twin price. After that, two other staff crash into the mattresses, knocking them down. Finally the first employee looks into the camera and says, “We’ll never forget”. Neither will the people who watched that monstrosity of an ad.

On the 12th anniversary of 9/11 anniversary, the Tumbledown Trails golf course in Verona, Wisconsin placed this coupon in the local newspaper: “To commemorate, we are offering 9 holes with cart for only $9.11 per person. 9/11/13 only.” The course, like the mattress store, quickly apologized.

So are these sorts of gaffes limited to smaller retailers? Nope. On another 9/11 anniversary a Walmart in Panama City Beach, Florida placed a banner in the store that said “We will never forget”. And right under it they had two stacks of Coke Zero packages to mimic the Twin Towers. After shoppers protested, Walmart removed the display (and said Coke was the one with the idea).

Maybe we’re more sensitive to recent calamities. But does the passage of time mean that companies can piggyback on past tragedies for commercial purposes?

More than a century has passed since the Titanic went down. But if Blue Star’s move would have been in poor taste in 1918, it still kind of is in 2018. The people who died when the Titanic sank are no less dead now. If you had an ancestor on that ship, would you feel honoured by the idea of Titanic II?

Of course, there’s a thriving business in what has been called dark tourism. People flock to Pompeii in Italy (buried by Mount Vesuvius in 79 AD), battlefield tours, Hurricane Katrina excursions in New Orleans, and countless other sites of disasters and tragedies.

Critics have legitimate questions about the propriety of those sorts of trips, but at least they have educational value. Visitors are expected to behave in a respectful manner, and some profits are often shared for social/cultural purposes.

In contrast, there’s something creepy about the way Blue Star describes its plans in official statements, ignoring what actually happened on the Titanic. When they introduced their idea in 2012, Blue Star simply said: “Millions have dreamt of sailing on her, seeing her in port and experiencing her unique majesty. Titanic II will be the ship where those dreams come true.”

It wasn’t exactly a dream come true for the 1912 passengers. Clive Palmer, the billionaire behind the plan, said there will be first, second and third classes on Titanic II (just like the original), and that he intends to travel in third class for “the human experience”. Really?

By the way Blue Star, telling people you’ll follow the same route as the first Titanic might not be the best message. Not when you consider the final stop.