Did You Ask a Good Question Today? 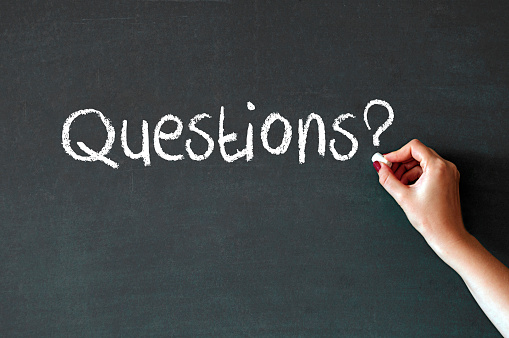 Here’s a question for back-to-school time: what’s the key to learning?

A new study from Ohio State University (reported in ScienceDaily.com) looked at what happened during story time in 100 kindergarten and other early years classes. Besides reading the text, only 24% of what teachers said consisted of questions. The students answered those correctly 85% of the time. That’s a bad sign, says Laura Justice, a professor of educational psychology at Ohio State.

“When kids get 85% of the questions right, that means the questions the teacher is asking are too easy,” says Justice, co-author of the study that appears in Early Childhood Research Quarterly.

She notes that when teachers ask more sophisticated questions, the children tend to give more complex answers. Even if they don’t, that’s okay. It’s the quality of questions – from teachers and students – that sparks more inquiry and understanding.

In education, and in any setting, I wonder if we encourage enough great questions. The kind that really challenge.

An article in Harvard Business Review noted that asking such questions is a critical skill in certain fields, like law, medicine and journalism. Researchers, too, spend their life asking questions. That’s their job. It should be everyone’s. Failing to question is a missed opportunity, say the two Harvard professors who authored the article.

“Questioning is a uniquely powerful tool for unlocking value in organizations,” they write. “It spurs learning and the exchange of ideas, it fuels innovation and performance improvement, it builds rapport and trust among team members. And it can mitigate business risk by uncovering unforeseen pitfalls and hazards.”

That seems obvious. Yet the article, as well as the conclusions of the Ohio State study, suggest there’s

a lack of probing questions.

For instance, Justice reports that her study tracked 5,200 questions. Just over half were of the yes-or-no variety. Closed-ended queries and one-word answers don’t lend themselves to rich discussions. It’s so much more powerful when people ask “why?, “why don’t?”, “why can’t?”, “why isn’t?”, “why not?”.

When Jennifer Land was 3, she was with her father on vacation. He took a picture of her, and she asked him a simple question: “Why can’t I see the photo right away?” This was in 1943, when it took days to get back your processed photos. It was a great question. She also asked the right person.

Her father, Edwin, happened to be a pioneer in synthetic polarization. He later said that Jennifer made him re-think an entire system. Within an hour of hearing her question, Edwin Land had envisioned the camera, film and chemistry needed to see a photo right away. Making it all viable took time, but Land’s company, Polaroid, eventually created the revolutionary instant camera.

Ask the right questions, and you never know what develops.

Isidor Rabi knew that. So did his mother. Rabi recalled that when he was a boy, his mother would always greet him the same way when he returned home from school.

“Every other child would come back and be asked, ‘What did you learn today?’ But my mother used to ask: ‘Did you ask a good question today?’ That made the difference,” Rabi said. “Asking good questions made me a scientist.”

Rabi became a physicist. He came up with what’s known as a resonance method for recording the magnetic properties of atomic nuclei. Why does that matter? His research led to the MRI machine in medicine, and earned him the Nobel Prize in Physics in 1944.

Not long before he died, at 89, one of Rabi’s doctors examined him using an MRI. The machine had a reflective surface. As Rabi looked at it, he said, “I saw myself in that machine. I never thought my work would come to this.”

At school, in the workplace and in everyday life, all sorts of wonderful discoveries and learning await when we heed Rabi’s mother. So, did you ask a good question today?