Did Ikea Kill the Catalogue? 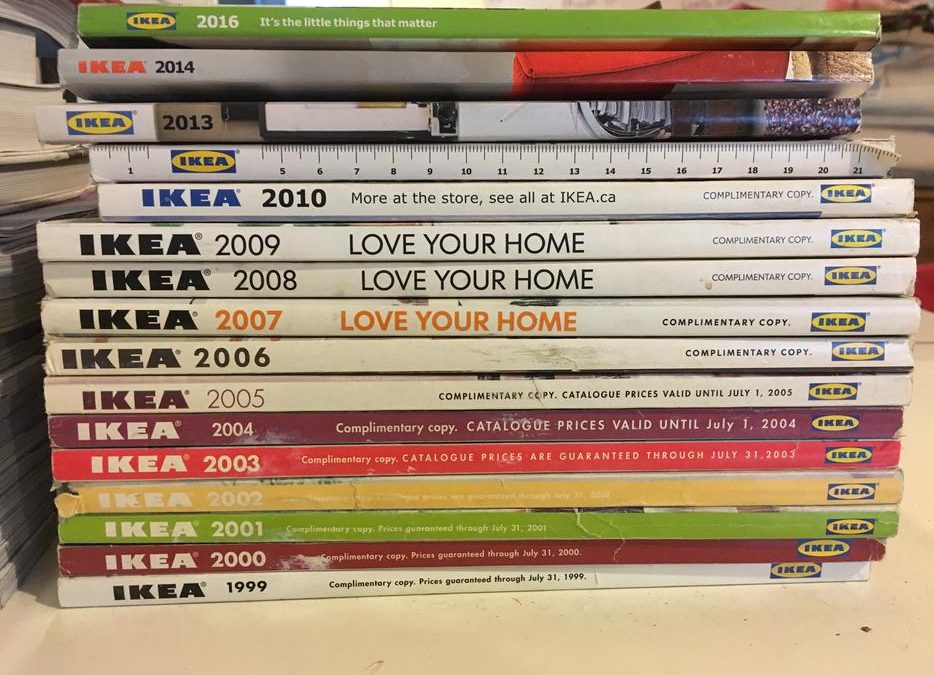 It’s one of the most widely-distributed publications in the world. At its peak, it printed 200 million copies in 32 languages, and hit 50 markets. You’ve likely flipped through its pages, and may well have one in your home right now.

What is it? The Guinness World Record-setting Ikea catalogue, which has been around 70 years. Until now. This week, Ikea announced that the latest edition, released this October, will be the last one in print.

Catalogues aren’t always the most exhilarating of marketing vehicles. They can land, literally, with a thud. Yet they are among the most enduring.

Hudson’s Bay, Canada’s oldest company, produced its first mail-order catalogue in 1881. Consumers who lacked access to the new store network could peruse goods at their fingertips, purchase them by post, and have them shipped right to their doors. This was Amazon before Amazon.

Eaton’s followed shortly after. The retailer published its first 32-page catalogue in 1884, and by the 1920s it had grown to 500 pages.

As noted by the Canadian Museum of History, Timothy Eaton once said: “This catalogue is destined to go wherever the maple leaf grows, throughout the vast Dominion. We have the facilities for filling mail orders satisfactorily, no matter how far the letter has to come and the goods have to go.”

It wasn’t destined to last forever, though; the Eaton’s catalogue published its last edition in 1976.

The history of catalogues predates Eaton’s and Hudson’s Bay by about four centuries. Publitas, an online catalogue publisher based in Amsterdam, posted some highlights of the evolution of the catalogue. They credit the first catalogue to Aldus Pius Manutius, an Italian scholar, educator and publisher. He used it to sell books.

Manutius founded the Aldine Press in Venice in 1495. He produced the first printed editions of a number of classic Greek and Latin texts. In 1498, Manutius created a catalogue of the books he was printing. It would be awhile before people could shelve them on an Ikea Billy bookcase.

A big growth in the field came with seed catalogues. The Royal Mail says William Lucas, an English gardener, was the first person to publish a mail-order one, in 1667.

Those are the deep roots of the catalogue. Although Ikea is discontinuing theirs, they’re not dead yet. Earlier this year, Harvard Business Review ran an article from a marketing professor that said catalogues are making a comeback.

In the piece, Jonathan Zhang wrote that despite the digitization of the consumer experience, catalogue mailings are going up – and so are the response rates to them, in sales and enquiries.

Why? Zhang says catalogues “stand apart from the increasingly cluttered digital inboxes and social media feeds.” As physical products, he says “they can linger in consumers’ houses long after emails are deleted, which increases top-of-mind awareness.”

“But their real power is how, they increase the vividness of a product by enhancing consumers’ ability to visualize and imagine product usage experiences,” says Zhang. He suggests that can increase “consumer involvement and joy” in the purchasing process, and is especially important for products that are bought for pleasure vs. ones that are utilitarian.

So farewell to the Ikea catalogue, but not to catalogues. It’s not time to close the book on them just yet.