Can You Write Your Song? 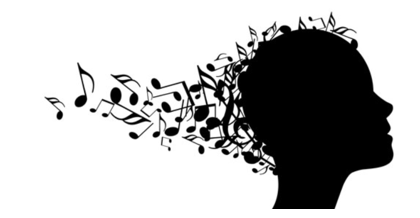 “Think different.” That was an old Apple advertising slogan, seen as a counterpoint to IBM’s “think” slogan. Apple has done well by that ethos. But zigging when others zag is easier said than done.

How do you get the creative juices flowing? That’s a challenge whether you’re designing a product, launching its marketing campaign, or writing the copy for it.

Just pick any word, and link it to something unrelated you’re working on. De Bono has used the example of applying the word “nose” to a photocopier. That could spark the out-of-the-box concept of having the copier emit a particular smell when it’s low on paper. Perhaps not entirely practical, but it does get you thinking in new directions.

Inspiration doesn’t always just strike. You have to work at it. That was driven home in How to Write One Song (Penguin), a new book by Jeff Tweedy, singer, songwriter and guitarist for the alt rock band Wilco.

It’s about more than the craft of songwriting. For those intrigued by the creative journey, Tweedy reveals how he navigates it.

I’m not an aspiring songwriter, but I do try to write copy that sings. Anyone who produces anything creative is putting their own “songs” out into the world.

Many people assume that songs are more conjured than written, notes Tweedy. No, he says, it’s a process, and you have to lose yourself in it. As with lateral thinking, certain tricks help.

Word ladders are one. Tweedy writes about loosening up the habitual ways to use language, to trigger the beginnings of lyrics. We often employ the same verbs with the same nouns. How can they be mixed and matched to become more exciting?

As an exercise, Tweedy will write 10 verbs down one column, and 10 nouns down another. He described one example in the book: 10 verbs associated with a doctor, and 10 nouns within his field of vision at the moment. The verbs were these:

Then, Tweedy will draw lines to connect pairs that don’t usually go together. It’s not about writing lyrics at this point, but just having fun with words. With the verbs and nouns listed here, Tweedy wrote this quick poem:

“The drum is waiting

by the window listening

where the sunlight writes

the guitar is healing

how the turntable is touched

while one lightbulb examines

and scans the carpet”

Not the greatest poem ever, Tweedy writes, but not the worst. As a sketch, it might give him just enough unexpected word combinations to follow a path. Next, Tweedy won’t hold himself to using every word from the original list. Nor will he necessarily use the nouns as nouns and the verbs as verbs. Taking this poem and abandoning rules, he turns it into “something more songlike”:

“The drum is waiting by the windowsill

where the sunlight writes it will on the rug

my guitar is healed

by the amp plug charging the wall

and that’s not all

That’s enough, Tweedy writes, “to jump start my brain in a way where language and words have my full attention again”.

Tweedy relies on several other exercises to get into the state. He’ll take something pre-written, and cut it up line by line, word by word, or phrase by phrase. Then he’ll pull out the pieces of paper in a random order, shift them around, and look for surprises. He’ll usually find some word relationship that moves him or makes him smile.

Songs can seemingly come from divine intervention. But Tweedy’s engaging book is a reminder that creativity is about mastery as well as mystery.

That’s true for any creative pursuit, professional or recreational. And it starts with this: think different.