Buried Under a Pile of Numbers 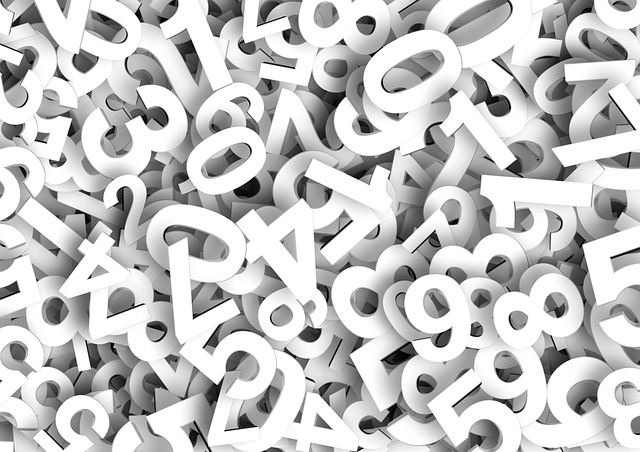 Andrew Lang, a Scottish poet and novelist, once said that politicians use statistics in the same way that a drunk uses lamp posts – for support rather than illumination. No disrespect intended to politicians. Or drinkers for that matter.

Politicians aren’t the only ones. Marketers, journalists, researchers, academics, advocacy groups and anybody in the communications biz use data all the time to craft their messages. All to frame arguments. Sell things and ideas. And back up a thesis.

Those piles of numbers can also be misused and abused by anyone with a vested interest.

Statistics are facts, but are they the full truth?

The numbers (or the people conveying them) can be misleading. Flawed models, lazy analysis, small sample sizes, deceptive visualizations and other selective interpretations can skew results any way you want.

Any data can be manipulated, and even the most ironclad numbers can lead to twisted conclusions.

Which brings me to our current pandemic.

Regularly, one of my connections on LinkedIn, a Canadian professor, posts the latest COVID-19 stats for Canada. He displays them in an inverted pyramid. Canada’s population is at the widest band on top, and under it, in descending order, are the numbers of tested, infections, hospitalizations, ICU cases and deaths.

In this chart, the infections aren’t broken down by age group. But at the very bottom of the pyramid, below the mortality numbers, are the demographics of the people who’ve died. The professor lumps together COVID-19 deaths by ages 60-plus (97% of the total) and ages 80-plus (72%). He has noted too that people under 40 are at quite low risk of dying.

All factual, but the chart always bugs the hell out of me.

It’s not because the professor is fudging the stats or has any ill intent. He isn’t and doesn’t. (We’ve exchanged notes about this.) He’s simply trying to help people make sense of what’s happening.

But others have used what he highlights – the ages of those affected most – to score points that are ageist at best. And are sometimes far worse.

What do the numbers imply?

To some, it’s not just that the outbreaks in long-term care point to a crisis there. (It does.) It’s not just that we should take extra steps to safeguard the groups who are most vulnerable to the effects of COVID-19. (That makes sense.)

Now, what’s troubling is the message that the rest of us shouldn’t worry so much – or that we should only start worrying when younger people die in greater numbers.

Do the illnesses and deaths of older people count for less?

It can seem so. In the New York Times in March, Dr. Louise Aronson pointed out a headline on one news network’s website: “Not just old people: younger adults are also getting the coronavirus”.

“No one wants young people to die. So why are we OK with old people dying?” wrote Dr. Aronson, a professor of medicine at the University of California, and author of the book Elderhood.

Perhaps the headline Dr. Aronson referred to was just clumsy. But some politicians haven’t even disguised their belief that older adults can be sacrificed.

The Lieutenant Governor of Texas, Dan Patrick, has said the U.S. should keep the economy fully open, and let everyone just go out at the risk of even more widespread infections. If that hits the older generations hardest, so be it. It’s downright patriotic, he suggested.

“As a senior citizen, are you willing to take a chance on your survival, in exchange for keeping the America that all America loves for your children and grandchildren?,” said Patrick.

Here’s a thought experiment. Let’s say 72% of COVID-19 deaths to date have been babies, children and teens. And 97% of deaths have been people ages 30 and under. Horrifying. But good news: the rest of us are immune.

If that was the case, I suspect we wouldn’t see as many cavalier attitudes about masks and distancing. I doubt the Texas politician would tell kids to just take one for the team.

And I don’t think people would say that we should just all go out, get infected, let the virus run its course and be done with it.

That’s what my neighbour more or less suggested when we talked the other day. This was after he had hosted an outdoor birthday party for his kid with about 15 unrelated people present, none of whom were distant or wearing any kind of protection. His rationale: “I know them.”

No one is expendable

See, I can play with the statistics too.

Yes, COVID-19 tends to kill older seniors in higher numbers (for now at least). That’s a statistical fact. So what? Are people of any age group expendable?

In some countries, the initial response to COVID-19 wasn’t as fast or strong as it could have been. Partly, as an official from the World Health Organization acknowledged, that was because the disease was seen as mainly lethal to older people.

Now, there are calls in some quarters to deal with the outbreak by keeping people above a certain age in extended lockdown, while others roam freely.

“When we accept the second-class citizenship of an entire category of human being, we set a precedent for treating others with the same disregard,” wrote Dr. Aronson. “When we look at people as nothing more than amalgams of age and diagnosis, we miss their humanity.”

What do you think about when you see the ages of COVID-19 victims?

“Of course, we all will die and…death in old age is the best outcome available to us. But most old people are not dying,” Dr. Aronson noted. “The risk of death in the next year for a 70-year-old man is just 2%, and an 80-year-old woman has only a 4% likelihood of dying in the coming year. Comments such as ‘They’re on their way out anyway’ are more than colossally insensitive; they’re also colossally inaccurate.”

Amalgams of ages and diagnoses – they’re statistics, but they’re not stories. All of the people dying have their own.

So the next time you see a chart emphasizing that most COVID-19 deaths are “only” happening in a certain demographic, don’t be comforted. Be appalled.