Before You Get a Tattoo, Remember it Can Last 5,000 Years 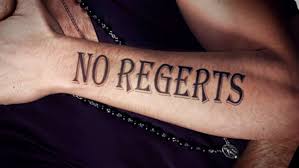 When you’re writing something, it’s easy enough to edit or delete, right? Not always.

In 1991 a pair of tourists were hiking between mountain passes in the Ötzal Alps, on the Austrian-Italian border. They came across a body, and thought it to be a mountaineer who recently died. The body was partially frozen in ice. It turned out to be the remarkably preserved corpse of a man who, scientists found, had lived between 3400 and 3100 BCE.

Ötzi the Iceman, as he was nicknamed, had 61 tattoos. They appeared on his back, down his legs, behind a knee, on an ankle and around a wrist. Tests revealed that they were made out of a pigment derived from ash or soot. The tattoos had remained legible after more than 5,000 years.

Tattooing is far older than that, going back to at least the Neolithic times. We know that not just from ancient records, but by examining mummified skin.

A tattoo is a highly personal form of expression, and also one that lasts. At least until more modern techniques have enabled its removal. This is a little more complex than hitting backspace on your keyboard. But deletion is still possible.

So which sorts of tattoos do people want to get rid of most?

The Independent in the U.K. reported on a British survey of people who admitted that they regretted their tattoos. Of these, 31% men and 24% of women regretted tattooing a particular name. Other types high on the lament list: tribal tattoos, star constellations and Asian characters.

While many of those surveyed got their tattoos on vacation or a drunken night, about half got tattooed on just an ordinary day. More than one-in-five of respondents said they took no time at all before deciding on their tattoo. Or more time than I probably took writing this paragraph – and it isn’t ending up on my body.

Another survey of laser surgeons, reported by Bustle, found that for women the name of an ex is by far the most commonly removed tattoo. Farther down the list (and body) are lower back tattoos. Other categories are tattoos that were fads or done in teenage years. The trends may have faded, but not the ink.

Anthropologist Lars Krutak has written and lectured widely on tattooing. He says that tattooing culture offers us great insight into the human experience and visual communication.

“Tattoos transmit a vast body of information about who were are, where we came from, our desires and fears and who we aspire to be,” says Krutak.

According to an Ipsos survey, 22% of Canadians have at least one tattoo, and the number is much higher (36%) for people aged 18-34. Tattoos are mainstream, and the messages they convey can be more than skin deep.

It’s always important to consider what you’re writing before you publish or hit send. Think before you ink too. Tattoos don’t have to remain forever. But as Ötzi the Iceman can tell you, they can last an awfully long time.