Are We Living in the Golden Age of Ignorance? 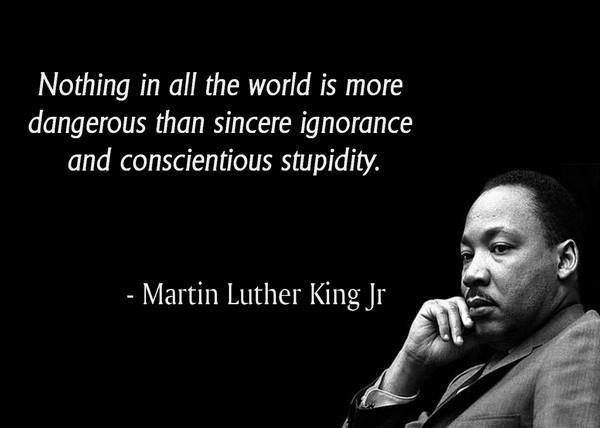 Only 36% of Americans can pass a multiple choice quiz that includes questions from the U.S. Citizenship Test. That’s according to a survey by the Woodrow Wilson National Fellowship Foundation.

Don’t gloat. In Canada, Forum conducted a similar survey. They asked Canadians 10 questions from the study guide used by people to prepare for the Canadian Citizenship Test. We scored an average of 50% (a passing grade here is 75%; for the U.S. test, it’s 60%). Just 12% of Canadians would pass our own country’s citizenship test.

Surprising? I don’t think so.

When it comes to elections, social issues and public policy, we often see deep divides. Huge differences of opinions can break down by gender, age, income, geography, race, religion, etc. Yet a more concerning gulf is the one between the informed and the ignorant.

We have more access to information than ever, but that doesn’t matter (and never has) without the desire to pursue it.

Robert Proctor, a professor in the history of science at Stanford University, has said we’re living in “a golden age of ignorance”. He has called this era “the endarkenment”.

A few years ago, John Honderich, chair of Torstar, gave a speech to Queen’s students about how democracy works. “The functioning of a healthy democracy is predicated on a well-informed population. You can’t have one without the other,” he said.

The risk is having neither.

A study in the Journal of Personality and Social Psychology looked at people’s understanding about complex issues such as the economy, energy consumption and the environment. The researchers reported that “The less people know about important issues…the more they want to avoid becoming well-informed. And the more urgent the issue, the more people want to remain unaware.”

Who knows why? Laziness? Self-interest? Other more urgent priorities? The cultivation of ignorance by those who have a stake in the status quo?

Maybe some people are happy being clueless. It’s an easier choice. Maybe others feel helpless. Maybe still others, as the Journal study suggested, prefer to psychologically “outsource” the issue to government.

Another study, published in the Proceedings of the National Academy of Sciences, looked at how our neural architecture evaluates the prospect of gaining information.

Willful ignorance may well be coping mechanism. But it comes at the expense of progress and public discourse.

Given that it was Martin Luther King Jr. Day in the U.S. this week, I’m reminded of an MLK quote: “Nothing in all the world is more dangerous than sincere ignorance and conscientious stupidity.”

This isn’t a new problem. But I worry that it’s worsening. I’m not just talking about people falling for misinformation or disinformation, which is an enormous issue. That side, too many people simply disengage from their duties as voters or citizens.

Perhaps, unfortunately, they take to heart the punchline from an old joke: what’s the difference between ignorance and apathy? I don’t know and I don’t care.