A Kiss isn’t Just a Kiss: Chocolates, Endings and Poignancy 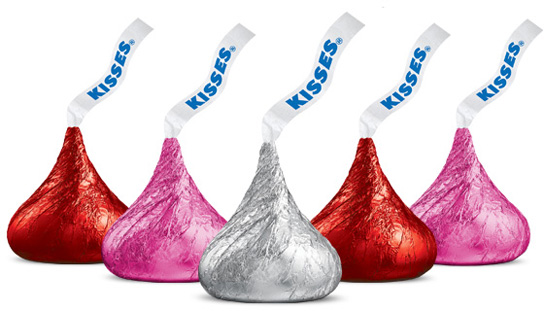 Let’s start at the ending.

“Closing, conclusions and culminations reveal something essential about the human condition. In the end, we seek meaning,” writes Daniel Pink.

That’s how Pink wraps up his chapter called “Endings” in his new book When: The Scientific Secrets of Perfect Timing.

Pink’s book explores the notion that timing is everything. It’s not an art but a science, he argues. There’s evidence around the best times to schedule just about anything, from work to exercise.

Beginnings and endings shape our perceptions too. That’s true in communications, and far beyond.

Pink describes a study by University of Michigan social psychologists Ed O’Brien and Phoebe Ellsworth. They told students they were doing a taste test of Hershey’s Kisses. A research assistant gave participants five Kisses (milk, dark, crème, caramel and almond) one at a time, but didn’t say how many would be coming. Each person got the chocolates in a random order, and was asked to rate them on a scale of 1-10.

What was the difference, if any, in the participants’ assessments?

Perhaps those participants ascribed more meaning to the fifth chocolate knowing it was the finale of the experiment. It shows the importance of endings that elevate, writes Pink. More to the point, endings themselves can elevate, just by being endings.

Pink mentions another experiment where Stanford University seniors were surveyed about their emotions (picking from a list) upon graduation. Half the group received straightforward instructions. The other half got this preamble: “As a graduating senior, today is the last day that you will be a student at Stanford.” For the latter group, which was reminded of the ending they were experiencing, poignant feelings were heightened.

In communications, we want to draw people in to our content. Audiences can zone out within seconds. So engaging beginnings are essential. Nailing that opening can, quite justifiably, take an inordinate amount of time.

As Pink reminds, endings can matter just as much. Sometimes more. He says endings can twist our memories, energize us and lift us up through the power of poignancy.

Back to the beginning: “In the end, we seek meaning.” What we convey last when we’re communicating – the final line or image or sound or thought – has the ability to, well, last.